Links!
I saw, "Batman VS Superman," earlier today and hope to get a review of that up not too much later on. In the meantime though, how about we look at some links?

As I Said, Links! 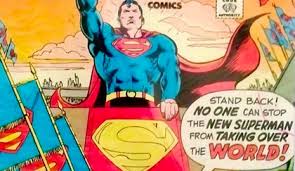 I just said I saw BVS and as this article discusses, a lot of the super-hero movies this year (at least the big ones) seem to be discussing fascism, and the possibility of (or current occurrence of) America's descent into it.

I of course love Kanye West, but the question is often raised about whether he is in fact a genius, or is simply just an asshole.

I and others would argue that the Republican Party began its descent into madness, infighting, and general insanity with the nomination of Sarah Palin as John McCain's Vice-President. Now we've got theories of brokered conventions and all sorts of craziness due to the party not liking what erupted from the muck (Donald Trump) after it sowed its hateful seeds. 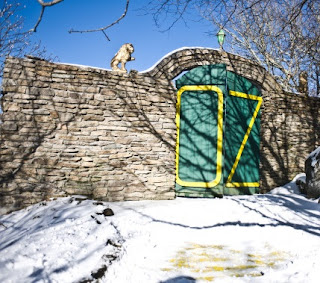 I remember reading about this, "Wizard of Oz," amusement park that closed decades ago and the photos of it are indeed creepy. Then again, the park has had some upkeep, so it isn't nearly as covered in foliage as some of the shut-down Disney parks that another photographer has captured (with his photos in fact getting him banned from Disney, they don't appreciate painful pasts being drugged-up I guess).

HP Lovecraft has a complicated history to say the least. He created some amazing and horrifying creatures within his stories but was also a pretty terrible person in general too. What I find fascinating is how there are author's today who are able to take the good aspects of Lovecraft and build upon it to make something just as incredible, and without the miserable baggage attached to his stories of old.

I'm just not that excited for VR headsets with my games. Even if people like Sony want to convince me its cool, or I hear about interesting games, I just shrug and think about how its another bunch of money I don't really want to have to pay to enjoy my games. Perhaps if I give it a try I'll think differently, but for now...meh. 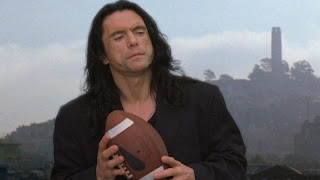 "The Room," is by no means a good movie, but it is a fascinating one to watch, with an also incredibly interesting book about how it was made. Is it any wonder such an amazing disaster is also beloved if not in part because of how gosh-darned earnest it is within its failure?

"Fallout 4," now allows you to build robots and customize the ones you already have (if you pay for the downloadable content, at least). Therefore, "Sexy Codsworth," is now a popular meme that is apparently making a lot of people equally confused and aroused.

Lastly, Marvel is teasing, "The Death of X," as an event. Unless this, "X," is meant to be a placeholder for whichever character is going to die, I assume it represents the X-Men, who Marvel has basically left to wither on the vine as they struggle to make the Inhumans a thing people care about. We shall see.

There were your Links
I hope all that makes for good reading. Enjoy your weekend!
Posted by David Charles Bitterbaum at 11:31 PM