Book Time: "The Disaster Artist" AKA That Book About the Making of the Movie "The Room" 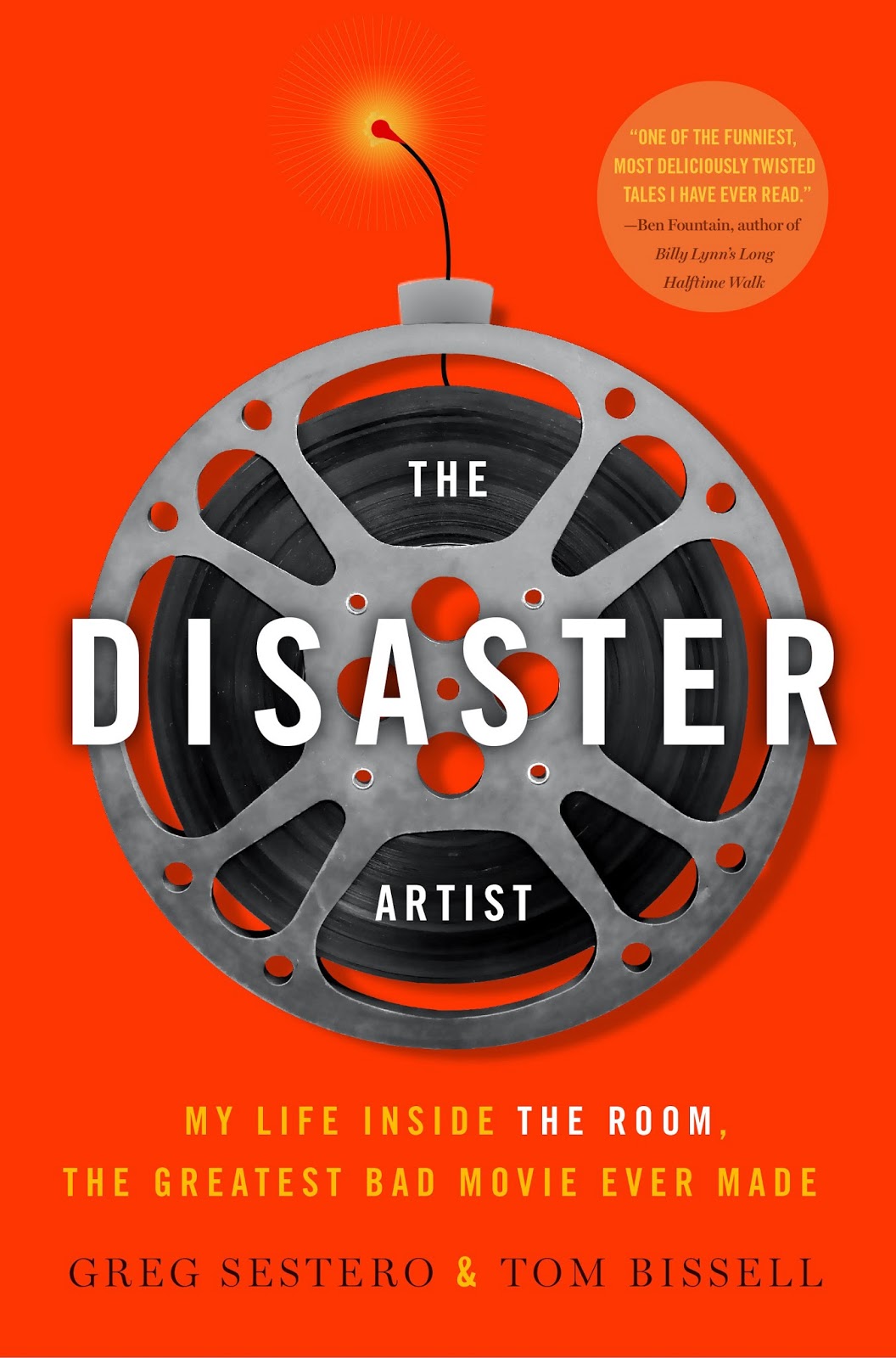 What is "The Room"?
"The Disaster Artist: My Life Inside The Room, The Greatest Bad Movie Ever Made" is the full title of this book chronicling the making of "The Room". Some readers may be asking, "What is the room?" Well, not too long ago I tried to explain to my girlfriend what "The Room" was about and I kind of failed miserably. For those of you not familiar with what may be the worst movie ever that is somehow also great, I will try again to describe it...

"The Room" is so wonderful because it is so wrong. Directed, written, produced, (and so forth) by Tommy Wiseau, "The Room" is just a gigantic mess. The acting is stilted and forced, Tommy Wiseau who in addition to all his other work plays the main character, "Johnny" is often almost impossible to understand with his unclear accent--which to this day is still unknown in origin by anyone. The cinematography is done with little-to-no concern for framing, or maintaining a continuity in scenes, and it is just horrendous...yet glorious.
Then we have the plot, as it were. The story, which is supposed to basically be about a man (Johnny) eventually discovering his fiance (Lisa) is having an affair with his best friend (Mark), at times fades away so that various random story-elements can appear and then vanish as quickly as they happened. A sub-plot about a character's Mother having cancer is brought up and then promptly forgotten. A story-beat involving a drug dealer who wants his money back occurs and then is never spoken of again despite its lack of resolution. And the sex scenes, dear God, the gratuitous and extremely un-arousing sex-scenes!

"The Room" is a movie that is hard to describe because it is like seeing the most gruesome yet beautiful car-crash ever, and just staring at it for an hour and a half. When I first heard about "The Room" and was intrigued enough to seek it out, I found something just incredible. Other people feel the same way as the film has gained a big cult following full of midnight screenings where people yell at the screen, throw spoons (its an in-joke), and otherwise treat it sort of like a modern-day "Rocky Horror Picture Show" although I would argue "Rocky Horror" isn't actually flat-out horrible in the way "The Room" is.

The Book
With my affinity for "The Room" clearly established, when I heard how a book would be coming out about the making of the movie written by Greg Sestero (AKA Mark) with assistance by Tom Bissell, I was very interested. I finally got my hands on a copy of the book not too long ago and read-through it quite fast--not because it is boring or a short-read, but because I was so entranced by the insanity of the story I couldn't stop wanting to learn more.

"The Disaster Artist" has an interesting structure in that up until about the end of the end of the book the chapters alternate between telling about the production process of "The Room" from start-to-finish, and sharing with us just how Greg came to meet Tommy and eventually witness the birth of Tommy's idea for "The Room". Seeing as how funny the actual film is, it is not surprising that "The Disaster Artist" at times is laugh-out-loud hilarious in discussing how if we think the movie "The Room" is a mess we should have been there for the debacle that was the actual filming of the flick. The thing is though, the book also at times is incredibly saddening too.
Greg admits in the book how he was at a low enough point in his life he probably needed a friend as badly as the incredibly-weird Tommy did when they met, with the ups-and-down that occurred as Greg's life at times changed for the better or worse often straining the relationship between Tommy and himself. Throughout the book it is made clear how Tommy Wiseau may be a man with a big-ego, incredible optimism, and silly personality, but a lot of that is to hide away the fact that Tommy is in many ways very lonely and sad--resulting in there often being friction at the times it seems Greg doesn't need Tommy as a friend as much as Tommy needs Greg. Those occasions when Greg is briefly able to pierce through Tommy's emotional armor and bring about rage, sadness, or any kind of honesty elicit an equal amount of sympathy and concern. Greg does not sugarcoat how his relationship with Tommy wasn't always a happy-go-lucky friendship, but sometimes full of pettiness, anger, and crying.

"The Disaster Artist" shows us how "The Room" is not just a movie that was poorly done, it shows us a man desperate to be in control and construct his own fantasy world where he is beloved and the only purely-good person in a story where his fiance cheats on him with his own best friend. That seems to happen because even in this world created by Tommy things go sour, but at least his character Johnny has some aspect of the American dream that it is made clear Tommy so desperately wants in his otherwise quiet and lonely life. When seeing the movie we don't realize just how much of Tommy was put into the character of Johnny, but the book makes it so clear--Tommy is a man with much money (we never know exactly how he came into such wealth) but little else, and Johnny is a man with all that "else" the man playing him wishes so badly he had--friends, love, a happy life.
Despite this being a book by Greg Sestero and from his point-of-view, this is in the end a story all about Tommy Wiseau, the man, the mystery, the person behind a film so awful it becomes a masterpiece. This book is engrossing in how it can at times be incredibly funny and heartbreaking all at once. Sestero had an assistant-writer in the form of Tom Bissell, so I can't say for sure how much more one did than the other, but the stories are clearly all Greg's experiences and whatever Bissell does to make the story flow smoothly results in a fascinating book.

I love the movie "The Room", always wondered how it got made and suspected there was something to Tommy beyond his quirky appearance and behavior. "The Disaster Artist" helps illustrate the crazy way "The Room" came into existence, along with the good times and bad times the author had with the ever-enigmatic Tommy Wiseau. Should you be a fan of "The Room" this is basically required read for you, and if you just have wondered how bad movies can get made, this also will be helpful. I really loved this book, and between its humor, sadness, and all the questions that seem to swirl around Tommy Wiseau, I bet you'll find this to be a great read too.
5 out of 5 stars.

Side Note: If you're really curious about why folk throw spoons at the screen, it is because in the movie you at times see picture frames with nothing more than spoons in the photos--something Greg explains in the book being due to the set needing picture frames so Johnny and Lisa's house looks lived-in, but not having any images to replace the stock photos of spoons with.
Posted by David Charles Bitterbaum at 12:40 PM