Bits of News and Commentary For Your Brain

Interesting things are happening in the world. We should discuss them... 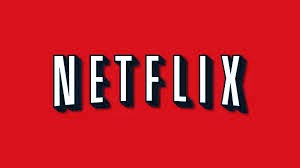 When I first head this news about Netflix making a deal with Comcast to improve streaming (something that can now be done due to how net neutrality as we knew it is dead), it made me worry. I of course want those who use Comcast to get good picture-quality, but when companies start making deals like this I wonder how it will affect various websites and online game-playing services, as this article discusses. I'm just concerned we will enter an era where big companies can have their websites operate quickly and everyone without mega-bucks will find their websites (or even blogs like my own) crawling along at dial-up speeds no matter how powerful someone's internet is.

I absolutely love the work of Ashley Wood. Therefore, when I heard he and T.P. Louise were going to be doing a new comic with/for IDW called, "The Beautiful War" I knew I would be reading it before even having a clue what the comic was about. Oh, and the article mentions a book coming out in June by Wood that you just know is going to rock too.

I love movies, so it was saddening to read today that one of the most ubiquitous voices we would hear when it came time to see the movie-previews and trailers has passed from cancer. Hal Douglas is a man whose face you may have never seen, but whose voice you undoubtedly have heard many, many times. Anytime I see a preview in the future I'll probably imagine it is his voice narrating the action--that is how ingrained he is in my head when it comes to trailers.

There are numerous times I don't think it is necessary to have the horrible habit that is smoking in a movie or television show, but when it comes to John Constantine the fact that he smokes is so ingrained in the character it would be odd to have a television show where he doesn't ever light-up. I can see how it even serves the plot with the 1st-season cliffhanger being him learning he has lung-cancer or something, just as happened in the comic (and was a plot-point in the terrible movie we shall not speak of again).

At the time that plane flying from Malaysia disappeared I thought that it would either land shortly someplace due to a hi-jacking, or sadly be found as wreckage somewhere. Then the plane wasn't found, and people still have no clue what happened to it. It is very weird stuff.

Everyone likes to talk about how the Wii U is an immense failure and dead-in-the-water. This pleasant article points out there are things to like about the machine, but it is suffering problems that if not fixed in 2014, could in fact spell its doom. Then again, some say the mystery device Nintendo is working on for healthy lifestyles or such is a way to slowly phase out the Wii U, so who knows?

I myself am kind of burnt-out on Kickstater lately with all the scandals (John Campbell's project has become a mess full of awful behavior), or just how delayed it often seems projects often get--or just fall apart completely leaving people without their money or rewards. That said, it still can be a good way for someone to get their work out there, and if you are a person like the reclusive Steve Ditko, who still has a fervent fan-base but does little press for his small comic-projects, then Kickstarter can be a great idea. I wonder just how much he will raise in the end.

This article by The AV Club came out almost a month ago but I finally got around to reading it. It points out how currently many Marvel comics have fascinating and varied art-styles. I would agree. As an article on Comics Alliance pointed out way back in November, it sort-of feels like DC has a house-style to their comics, but Marvel does not--and that results in a much richer experience for readers at the former company as opposed to the other. I may be highly critical of the ever-increasing comic-price many comics have, but at least it seems Marvel with their "Marvel NOW" initiative is trying new and interesting things--as opposed to DC, which is trying things that seem utterly bonkers (see my article about the insanity of 3 weekly titles for an example) while having relatively dull art and stories. 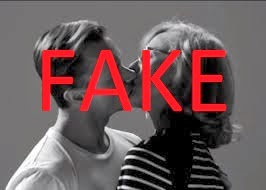 Lastly, this is why we can't have nice things, due to stunts like this. Yes, that viral-video everyone loved of various strangers meeting for the first time and then kissing has turned out to be little more than an ad for a clothing company. We can add this to the list of internet-video hoaxes (Hello, twerking-fail) and now be getting to a point where we feel we can't believe anything on the internet...which I guess is at least better than believing everything on the internet?