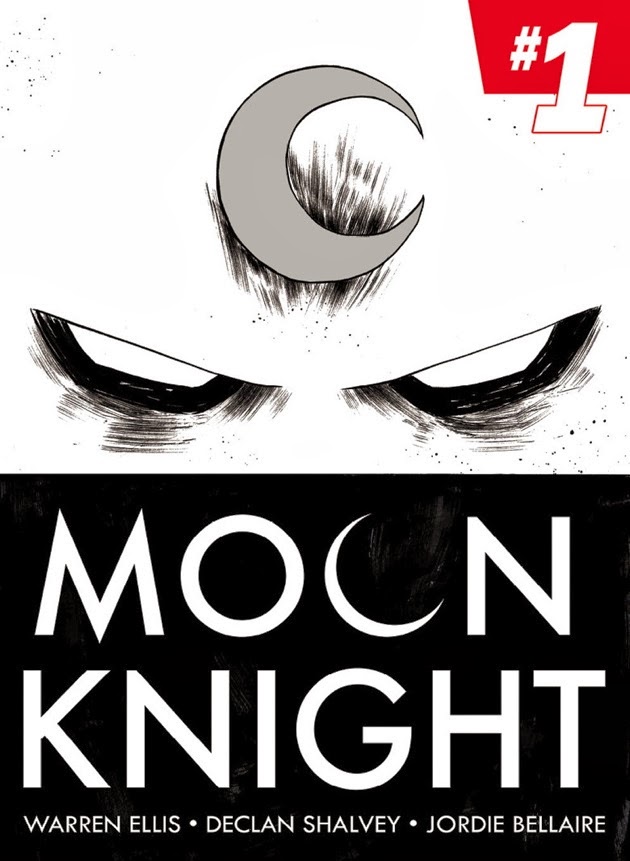 Warren Ellis is one of my favorite writers. Moon Knight is one of my favorite characters. When I heard that the former would be writing the adventures of the latter I thought that perhaps I had won a metaphysical lottery where something improbable somehow comes about through magic/happenstance/God.

So, yeah, A Warren Ellis' Moon Knight comic, that faint sound you may hear in the distance is me still squealing with glee at the initial news and having now finished this first issue. 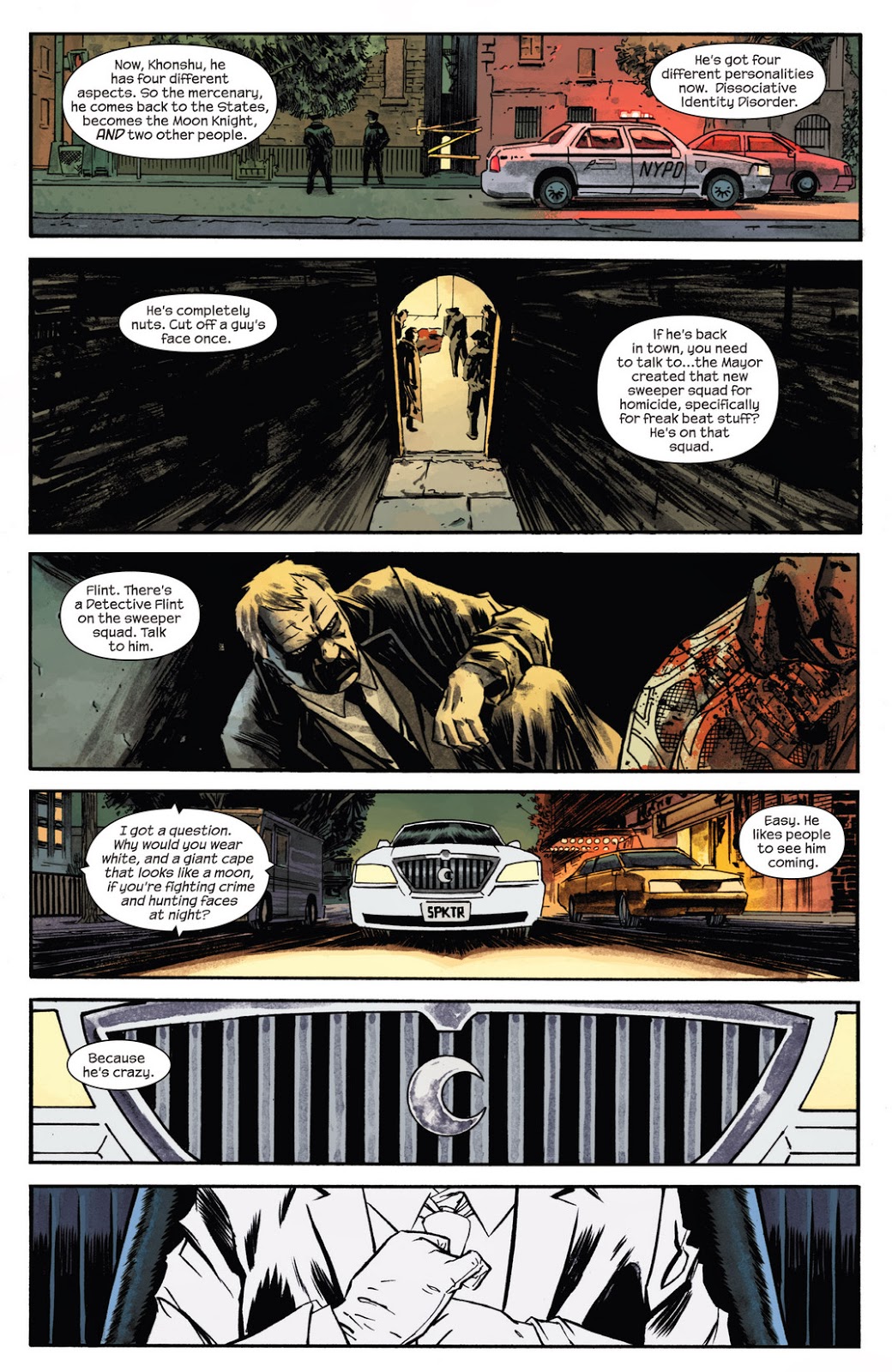 I haven't read a Moon Knight comic this good since the early Doug Moench stuff and that amazing Huston-written 13th issue of "Moon Knight" back when he wrote it and then Benson took over. This is Moon Knight written properly--not as an ersatz Batman, but a person who is quite possibly utterly insane but dedicated to fighting crime when not combating his own psychological ailments. Warren Ellis takes Marc Spector and between the present-day and a very-revealing flashback uses all of Moon Knight's history--even the somewhat wonky Bendis stuff--and lets it all play a part in forming the strange entity that is the hero who calls himself Moon Knight.

Spector is written as both highly-intelligent (which he is) and with that hint of being just-quite unbalanced and therefore having that dangerous edge (which he definitely has in excess). In this issue Moon Knight--or "Mr. Knight" as he has to be called because "Moon Knight" is a dangerous vigilante, but the police can work with "Mr. Knight" as he is simply a concerned citizen--helps solve a murder mystery and prevents any future murders from happening with his particularly violent brand of justice. Without spoiling too much I will say we clearly are back to a Moon Knight who doesn't hesitate to kill (as depending on whom is writing him he either doesn't flinch at the idea, or tries his hardest to not kill-ify folk).
What takes this comic from just being an amazing Moon Knight comic to being a piece of mastery are the contributions of artist Declan Shalvey and colorist Jordie Bellaire. I don't normally point out a colorist's work, but Bellaire does something ingenious in that everything besides Moon Knight is a muted color, but Marc Spector's alter-ego is a blinding white that stands out from the page in a marvelous fashion. Shalvey also does some amazing work, giving us high-tech limos, creative gadgets, hideous monsters, and clever page design to tie all those elements together.

All this "Marvel Now" business that Marvel has been doing has produced some stinkers, but also seems to be in the process of bringing us incredible comics that feature characters that normally are B-list at best in the eyes of most folk, but through great writers and tremendous artists make for superb comics. This series coming into existence is like some fever dream of mine that I would have never dared to imagine actually coming true. Ellis writing and someone superb like Shalvey on art--with this amazing colorist named Bellaire too? It is incredible, and I really hope enough people buy and support this comic to keep it going for a long, long time--at least as long as it is this good.
5 out of 5 stars.