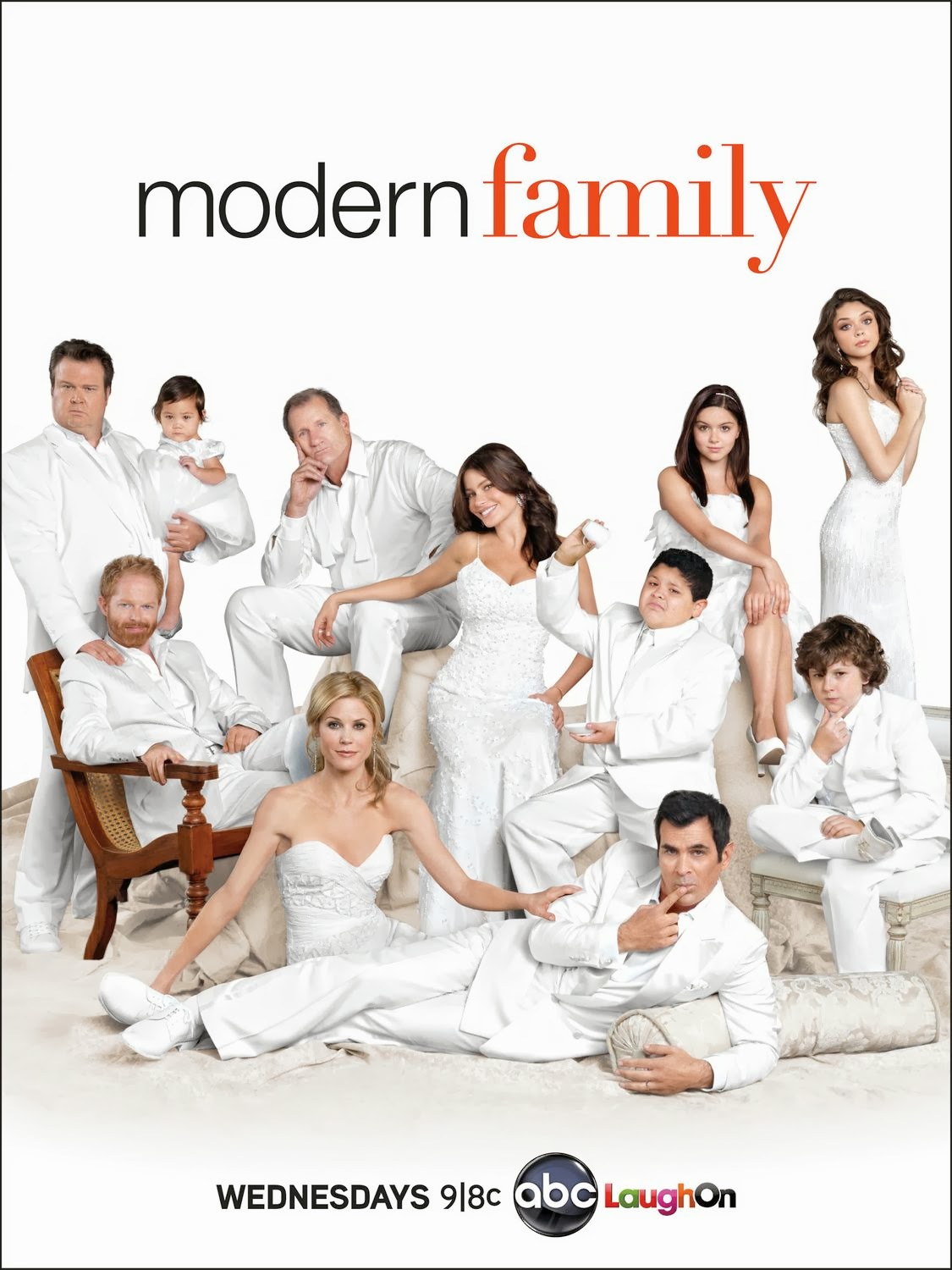 I didn't start watching "Modern Family" regularly until recently. I had seen the occasional episode and found it funny, but on Black Friday of last year there were a bunch of seasons of the show on sale for incredibly cheap, so I bought them to enjoy with my girlfriend--whom had expressed a fondness for the show in the past also.

Having now seen all of the first four seasons and most of what has been coming out this fifth one, I can say that "Modern Family" is indeed a funny show, at times even an genius one. That makes it all the harder how sometimes there are those miserable episodes that just don't impress--but at least the quality ones are stellar.
I've often read on the internet that a lot of people feel "Modern Family" was best in its 1st and maybe 2nd season and then went downhill. I disagree. I actually feel the show didn't start hitting its stride until around season 3 which has a lot of episodes I enjoyed, and the 4th was quite the hoot too. As I said earlier though, sometimes there will be episodes that just drag, often because they focus-in on the characters that are less interesting than others. For example, I love Phil and Claire Dunhpy, but their daughters and the usual cliche trials and  tribulations they go through as growing teenagers can just be a yawn. Luke is hilarious though, for sure. Still, I find the show is best when it is setting up a massive gag that pays off at the end, such as one of my favorite episodes where everything leads up to a amazingly funny and accurate "Godfather" homage.

"Modern Family" is a great show, even if it sometimes will drag a bit. I differ from many in thinking that it becomes its best around the 3rd season and has been maintaining that stride to current day, but you can always start from the beginning of the series if you haven't viewed it and want to see for yourself who is right. With its mixture of the occasional 5-star episode, and a bit more 3-star ones than I would like, I would say Modern Family still manages a very impressive 4 out of 5 stars from me.
Posted by David Charles Bitterbaum at 9:45 AM