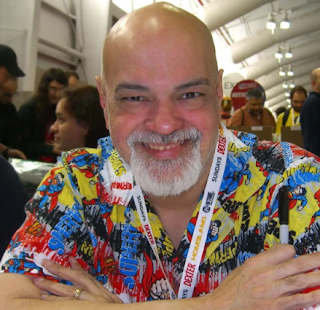 I learned earlier today that George Perez has passed at 67. He died yesterday after having previously disclosed he had pancreatic cancer and would be going on hospice. During the limited time we knew we had left with him fans gave Perez an outpouring of love. Also, "JLA/Avengers," was reprinted against all odds with profits going to the Hero Initiative, an organization of which Perez was a huge advocate. We all knew this was coming after Perez told us, but it still stings. I met Perez back in 2013 at Project Comic-Con and he was a delight. He chatted eagerly with attendees and made the most gorgeous sketches at astonishing speed. Perez was an amazing artist and an awesome guy. I'm tired of saying this--as I just said it about Neal Adams--he will be missed.