I Tried Nitro Pepsi Draft Cola and it Was Definitely...Different 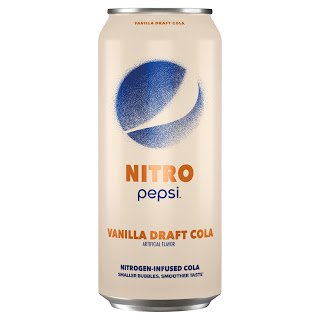 I generally don't like Pepsi. It just is not a beverage I'm a fan of drinking. That said, I love a good gimmick soda and when I heard Pesi was doing, "Nitro Draft Cola," in a manner riffing on those Nitro coffees folks love, I was down to give it a taste. I sampled the Vanilla one and my overwhelming response is a shrug followed by an, "Eh?" It wasn't bad, it just seemed like Pepsi that was really foamy (with some vanilla in this version) and otherwise, it was uninspiring. If you love Pepsi this might be a drink you adore, but those who are Pepsi haters such as myself are not going to be converted. Now, if they made a Nitro Coca-Cola I'd be quite interested, but as of now, that's just going to be a daydream.