Scarlett Johansson is Suing Disney over, "Black Widow," and its Theatrical Profits 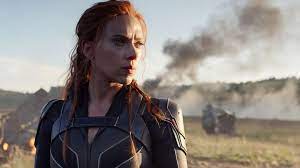 "Black Widow," had a simultaneous debut in theaters, and if you paid an extra fee to watch it on Disney+. Apparently, Scarlett Johansson had a deal similar to many actors where she gets a cut of the profits from the silver screen. It seems this deal oddly did not include the money made from Disney+ so now Johansson is suing Disney to get her funds. I'm surprised Disney didn't cut her a better deal as opposed to basically burning the bridge, so to speak (maybe because she is finished with the Marvel franchises it wasn't a big deal in their eyes). You think this would worry Disney that actors may not want to work with the studio if it is going to make it so they lose out on money.

Disney, for its part, is trying to make Johansson look like a greedy monster. They say the suit is “especially sad and distressing in its callous disregard for the horrific and prolonged global effects of the COVID-19 pandemic," as if Johansson herself is responsible for the pandemic and Disney choosing to put, "Black Widow," out on a streaming platform as well as theaters instead of just waiting longer to release it and/or giving Johansson a deal for streaming profits. This is getting ugly fast.