They're Going to Bring Back, "Fable," of all Things 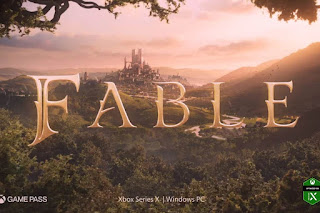 "Fable," was a game series on various Xbox consoles. There were three entries of the main series and some spin-offs. It was made by the now-defunct developer and publisher Lionhead games who created some cool-but-flawed titled. Lionhead was known for much of its existence as being headed by Peter Molyneux. Molyneux was infamous for having amazing ideas that led to big promises and games that always failed to deliver on his claims. As a result, series like, "Fable," were full of neat concepts but could be kind of messy. This makes it interesting that a different studio is going to be bringing back, "Fable," in some form.

As far as I know, Molyneux is not involved in this new, "Fable." This makes me wonder if it'll have the same surreal charm or lack that vibe of, "Kinda broken but still fun," almost all Molyneux's games had. It still looks plenty quirky like the old, "Fable," games at least, but if you remove the heart of a series like, "Fable," with Molyneux being that metaphorical heart, is it really the same kind of series? I suppose we will see when the next, "Fable," game comes out in the future on Xbox Series X, which still strikes me as a such a bizarre name for the new console. Anyways, "Fable," is back. Kind of.
Posted by David Charles Bitterbaum at 5:45 PM