Don't Use a Holocaust Quote to Promote Your Game 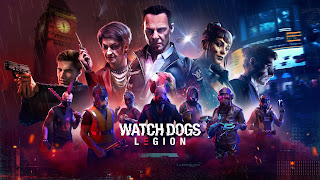 The upcoming game, "Watch Dogs: Legion," looks incredibly timely, as Kotaku observed. It is in a futuristic UK which post-Brexit is pretty fascist and totalitarian--cops brutalizing people, xenophobia everywhere, basically what America and Great Britan are currently grappling with. In an effort to impart a message of sorts, Ubisoft went and reworked a famous quote about the Holocaust to promote their game, something else Kotaku noted. No, bad Ubisoft, bad!

The quote is the famous one about how, "First the came for the ____," and the poet, Martin Niemöller, did not speak out because it didn't impact him, and by the time the Nazis came for him nobody was left to protest. It is pretty famous. Ubisoft tweaked it to be timely for their game and not be about Nazis. This is dumb. Now, I'm not saying you can't discuss Nazis or the Holocaust in your games. It would make perfect sense to use a Holocaust quote or alter it a bit if your game were about modern-day Nazis (which is something else that is depressingly timely), but, "Watch Dogs: Legion," is about fascism in general and as far as we all know has nothing to do with Nazis. This makes taking a quote about the Holocaust of all things and altering it to suit your purposes extremely inappropriate and tone-deaf. 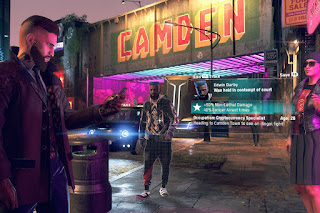 Ubisoft is already dealing with tons of scandals so having this fiasco piled on top ain't gonna help. I just wish someone with an ounce of common-sense had put a stop to the idea of taking a poem about the Holocaust and using it to promote a game that has nothing to do with Nazis. That said, at least, "Watch Dogs: Legion," looks like it could be fun, idiotic promotions aside.
Posted by David Charles Bitterbaum at 10:50 AM