My Favorite Reasons to Attend a Con

When I go to a comic-con I am always excited about the people I'm going to meet. I don't really mean the celebrities, as while they are the big draw for some of the attendees I lack the desire to pay $100+ for a quick picture with Jason Momoa (no offense to him, he is a cool guy). No, I get excited about the creators, vendors, and all that stuff. Although, I did say hi to Lou Ferrigno and Chris Kattan--they both were very pleasant and Mr. Kattan mentioned he had an autobiography coming-out in May which sounds really cool. Anyways, here in sorta-kinda alphabetical order are the cool people I met and the things I acquired.

People and Things, Thing and People 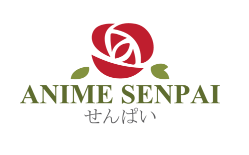 Anime Senpai
Anime Senpai is a 3-day con held at the Collinsville Gateway Center in Illinois dedicated to celebrating the arts and culture of Japanese anime, manga, and cosplay. It will be held this October 11th-13th and sounds like a fun time! You can visit their website here. 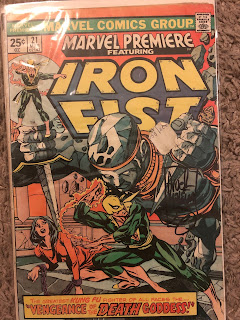 Arvell Jones
Arvell Jones is a longtime creator of comics and has contributed to many great books and characters--including being a co-creator of Misty Knight. I brought my copy of the issue where she is introduced, "Marvel Premiere #21," and Mr. Jones was kind enough to sign it for me as well as share some stories about working at Marvel back then. He can be found on Facebook. 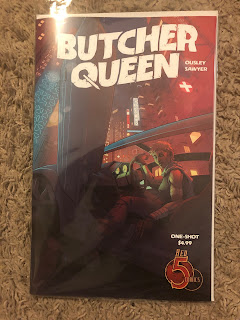 Butcher Queen
I met the creative team behind, "Butcher Queen," and bought a copy of the one-shot preview issue for the series. It is a sci-fi and horror comic set in the future and looks quite fun. It actually has a Kickstarter that just recently started to help fund the costs of getting it made and you can learn more about it via this link.

Chocolate Moonshine Co.
The great folk of Chocolate Moonshine Company had tons of samples of their fudge and flavored chocolates. One really cool element was how they incorporate alcohol into some of the candies but the booze content cooks out, resulting in a great taste but no risk of getting drunk off their chocolate! I tried some coffee-related flavors and loved the great taste and smooth finish. You can visit their website here.

Crumbly Art
Natalia Roman and Andrea Metzger of Crumbly Art Bakehouse & Cakery had some delicious cookies and other baked goods for sale. Their enthusiasm and excitement when it came to discussing their, "Small-batch, 100% scratch bakery," located in the Milwaukee region of Wisconsin made me want to go visit sometime or at the very least get some tasty treats mailed to me! Check out their delicious wares on their website. 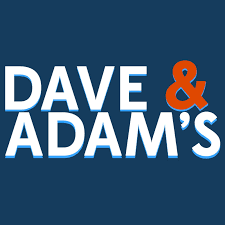 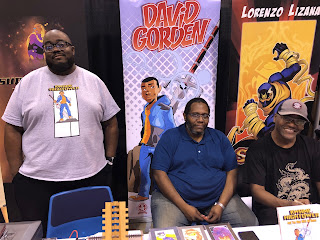 David Gorden and Lorenzo Lizana
Two comic-makers I love the work of were at a booth for the con, showing off their comics and playing great jams thanks to some DJ-equipment they had set-up too! Gorden is on Facebook here and Lizana can be found on Facebook as well at this link.

Geek Inc. Comics
My friends from Geek Inc. Comics were at the show buying, selling, and trading. They of course are also the people behind the Saint Louis Comic-Con in June which I will be excited to attend! Their website can be found here. 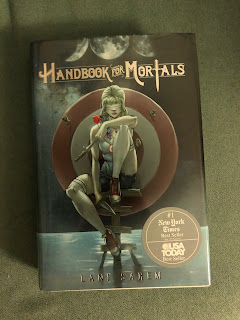 Handbook for Mortals
I met and spoke with the author of, "Handbook for Mortals," Lani Sarem. I felt like I'd heard of the book somewhere but wasn't sure. She gave me a free copy and I thanked her. Later I Googled the book and realized it rang a bell as it had some controversy a bit ago in regards to if it, "Bought," its way onto the New York Times Bestseller List. It seems to have very mixed reviews in regards to the book itself separate from any controversy, but I'll give a read (or at least skim it) and form my own opinion for sure. The book's website is here. 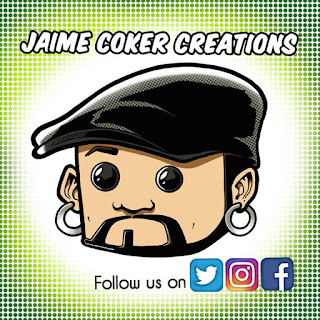 Jaime Coker Creations
Jaime Coker was at Wizard World with a variety of awesome art-pieces. He was extremely friendly and that always makes me want to spend more time at someone's booth--when they are nice. You can see more of his stuff on Facebook. 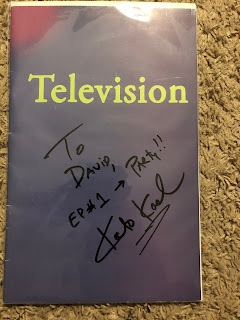 Kato Kaelin
Ah Kato. A man famous for being a struggling actor who testified at the O.J. Simpson trial and went on to do a variety of gigs afterwards in acting, reality television, and being an MC at the Wizard World shows. I quite like Kato as he is both very nice, extremely self-aware, and he was  hoot recently on, "Celebrity Big Brother." When I saw him last year I told him I had a little indie-comic he actually appeared within. Titled, "Television," it collected the works of a cartoonist who got a Xeric grant to publish their works--with one piece being an illustrated interview with Kato Kaelin from 2005 (the comic came out in 2007). I brought it this year and Kato remarked he vaguely recalled the interview as most people film or record him and this person was sketching the whole time. He was happy to sign the book and I greatly appreciated it. Send him a tweet here. 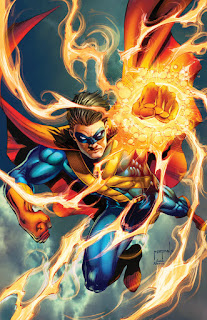 Kinetic
The independent comic publisher Y Comics was at the show to promote their ongoing series, "Kinetic." It focuses on a young man who gains superpowers and wants to be a hero, but faces an obstacle in the form of how the city already has a hero protecting it--and the guy is a huge jerk! It sounds like a super-fun read and you learn more about it at the Y Comics website.

Missing Link
Everyone at the booth for the upcoming, "Missing Link," movie was a delight to interact with. I got some free swag and was honored to have my picture taken with two of the film's stars. You can learn more about, "Missing Link," and buy tickets for an upcoming showing at its website. 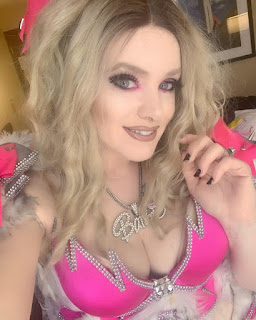 Oh My Sophii
Sophii of, "Oh My Sophii," was at the show as a guest thanks to her talent as a professional cosplayer. She talked with me about how much she enjoys getting into the role of a character such as her creation pictured above, Warrior Barbie, and was very fun to speak with! Visit her on Facebook and say hello. 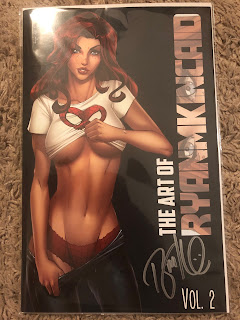 Ryan Kincaid
Ryan Kincaid is a great illustrator whom I always enjoy seeing at shows. Some time ago I purchased, "Volume 1," of a collection of his artwork and at this show bought a copy of, "Volume 2." He is known for a variety of styles but his cheesecakey artwork often garners many fans, so the cover for this volume leans heavily in that direction for sure! 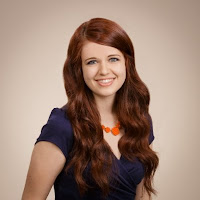 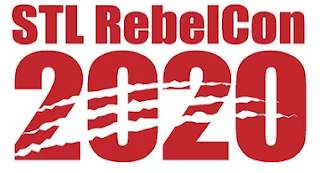 STL Rebelcon 2020
Set to be the first Saint Louis-based con dedicated to the Starz show, "Spartacus," it is currently on-track to occur March 21st and 22nd at the Sheldon Concert Hall and Art Galleries. You can learn more at the official website. 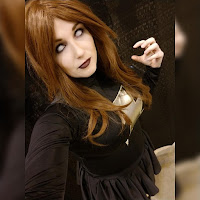 Super Kayce Cosplay
Another cosplayer I enjoyed chatting with, her outfit that involved contacts that whited-out her eyes was quite scary! She is on Facebook here.

Another Great Show in the Books 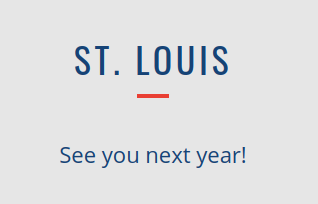 Wizard World this year was really fun. Some years I have honestly stated how I felt the show was lacking, but this year I was impressed with the variety of vendors (comics, toys, Funko Pops, artwork) the sizable artists' alley, and the good variety of programming that occurred. There were not too many, "Huge," celebrity guests, with show headliner Jason Momoa even only unable to attend Sunday. That isn't a major concern for me, however, as the stars at a convention are usually quite secondary to what I've already said I enjoy most--meeting various cool people/cosplayers and getting cool stuff to read/eat/enjoy! Wizard World 2019 was fantastic fun and I hope there is a show in 2020 to enjoy as well. Now then, I need to get some rest as I already have the Big River Comic Convention coming up in under a week at Hannibal and I'm super-pumped!
Posted by David Charles Bitterbaum at 2:41 PM