I Like Matt Leblanc but Hate His Character Joey 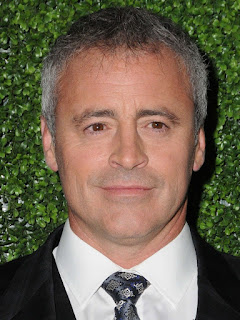 I like Matt Leblanc. The bits I've seen of his latest work, "Man With a Plan," are pretty funny, he was one of the small shining moments (besides Bernie Mac) in the movie, "Charlie's Angels: Full Throttle," which was otherwise a garbage fire, and some may remember from early in his career when we was a recurring character on the zany sitcom, "Married...With Children." The thing is, I like Matt Leblanc in these roles as well as others, and anything I have read about him as a human being paints him as a very pleasant and friendly guy, but I hate what is arguably his most famous role, Joey Tribbiani, on, "Friends."

I have watched a chunk of, "Friends," to the point where I would never win a trivia contest dedicated to the show, but I have a general idea about the characters and their struggles/successes. With that said, Joey generally annoys the Hell out of me. He's always trying to impress everyone and craving affirmation for his crappy attempts to become a famous actor. He's dumb as a door-nail but thinks he knows better than everyone else, often to a degree where it gets him in trouble. He's a shallow, vain, narcissist and the rest of his friends seem to not so much like him as put-up with the guy and/or pity him. I just don't like Joey.

Perhaps this is a credit to Matt Leblanc and how much I've liked him in other roles that he's doing a stellar job making Joey so unbearable. I think the more upsetting thing about Joey is how much some fans of the show seem to like him, to the degree a spin-off starring Joey was attempted after, "Friends," wrapped (it was cancelled in the middle of its second season, so apparently a plenty of people dislike or are indifferent to the character of Joey as well). I may hate Joey, but I continue to enjoy the work of Matt Leblanc and hope he continues to enjoy entertaining us with further episodes of, "Man With a Plan," and any other creative endeavors he embarks on.
Posted by David Charles Bitterbaum at 5:44 PM