Meeting Folk on the Web 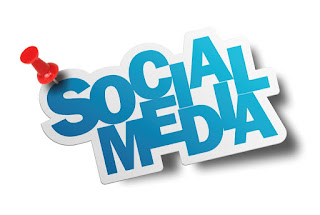 There are a lot of social media options these days. I decided I would summarize a chunk of them for fun. I probably missed many, but this by no means a complete list so much as a discussing some of the most popular (that support English, I know very little about other ones).

Socializing Via a Screen
Facebook
It was cool once, now all the grown-ups use it and it gets blamed for altering the outcome of elections.

Twitter
Find strangers online to scream at in little bursts of text about their ignorance!

Meetup
Meet people online then join them in groups for events in real-life. Seriously, the real-world! Crazy, eh?

Yelp
Complain about restaurants and find friends who hate the same places you do.

Imgur
Wait, this has a social networking feature? Weird.

Mastodon
Twitter alternative that would be cool if it weren’t incredibly unfriendly to new users with its complicated way of functioning.

Reddit
A moderately disorganized forum that varies between cesspool-content and pleasant groups.

Pinterest
The best choice if you like crafting, cooking, and attempting to be productive whilst ignoring you’ve killed 2 hours pinning stuff and not making anything.

LinkedIn
The social network website for trying to find employment, and being harassed constantly to buy a, "Premium," option.

Instagram
Look at pictures of your friends and famous people on vacations you can’t afford wearing clothes you also are lacking the funds to purchase.

Snapchat
Still the #1 choice for when they say, “Send nudes,” or you want to make your face look all funny with a filter.

Google+
All the things Google succeeded at and its Achilles' heel was a social network people care about. Too bad.

Deviantart
Post your photography, drawings, poetry, etc. Marvel at how amazing or terrible your stuff is in comparison to other people’s works.

StumbleUpon
Find random stuff that might interest you and leave comments about how much you love or hate what was recommended. Rinse and repeat.

Twitch
Watch people play games, tell them how good they are at it/how much they suck. 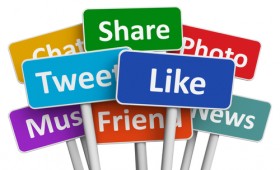 There are so many social media options trying to be on too many of them is a ticket to driving yourself up the wall. My recommendation is to just the handful you especially enjoy and avoid the ones that stress you out as opposed to being fun.
Posted by David Charles Bitterbaum at 3:57 PM