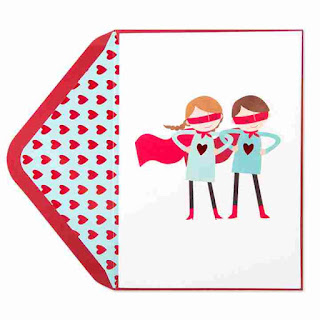 I'll be at a wedding this weekend for my cousin. I am very excited and as I am a nerd this wedding of course has me also thinking about comic-book marriages. I actually have written about this before when it came to my mind during my attendance at another wedding, namely how super-heroes don't seem to have successful marriages often. Seriously though, I can think of one, count'em one super-hero marriage that seems to be going strong. That is Reed Richards and Sue Storm of, "The Fantastic Four." Every other super-hero marriage I can think of has either ended in divorce, death, or been erased by a change in continuity (in the case of Spider-Man, that idiotic deal with the devil story-line). Wait, I thought of another, I believe Northstar and his husband are still happily married, so that's two. Otherwise, um...yeah. Oh, and don't get me started on the, "Batman's Wedding," fiasco.

There are superheroes with relationships, Aquaman and Mera are maybe/maybe not married depending on who you ask at DC Comics. Spider-Man and Mary Jane had their marriage erased by the devil (as I said, it was dumb) but still have been a couple at times, Superman and Lois Lane depending on the continuity have been married and even had kids, or just dated. Black Panther and Storm were married for a bit, but that ended, they still seem to be friends though. I know plenty of reasons are always given for why more heroes aren't married to the person of their dreams--"It limits story-options, it doesn't fit the character, etc." That said, it can be kind of a downer to think there are all these super-heroes and so many of the guys and gals struggle to find love. I know in, "Fantastic Four," Ben Grim AKA The Thing has proposed to his longtime on-again-off-again girlfriend Alicia Masters, and I would hope things work out, but I won't expect them to. I guess if you've got superpowers and fight crime it makes it really hard to have a marriage. Thank goodness real-life people have marriages that succeed at at higher rate than super-heroes. Also, my cousin is a cool person so I'm sure here marriage will be great and not suffer from super-villains or continuity-changes.
Posted by David Charles Bitterbaum at 2:17 PM