The Question of Diversity as More Than a Popular-Culture Trend AKA Race, Comic-Culture, and our Entry into 2015 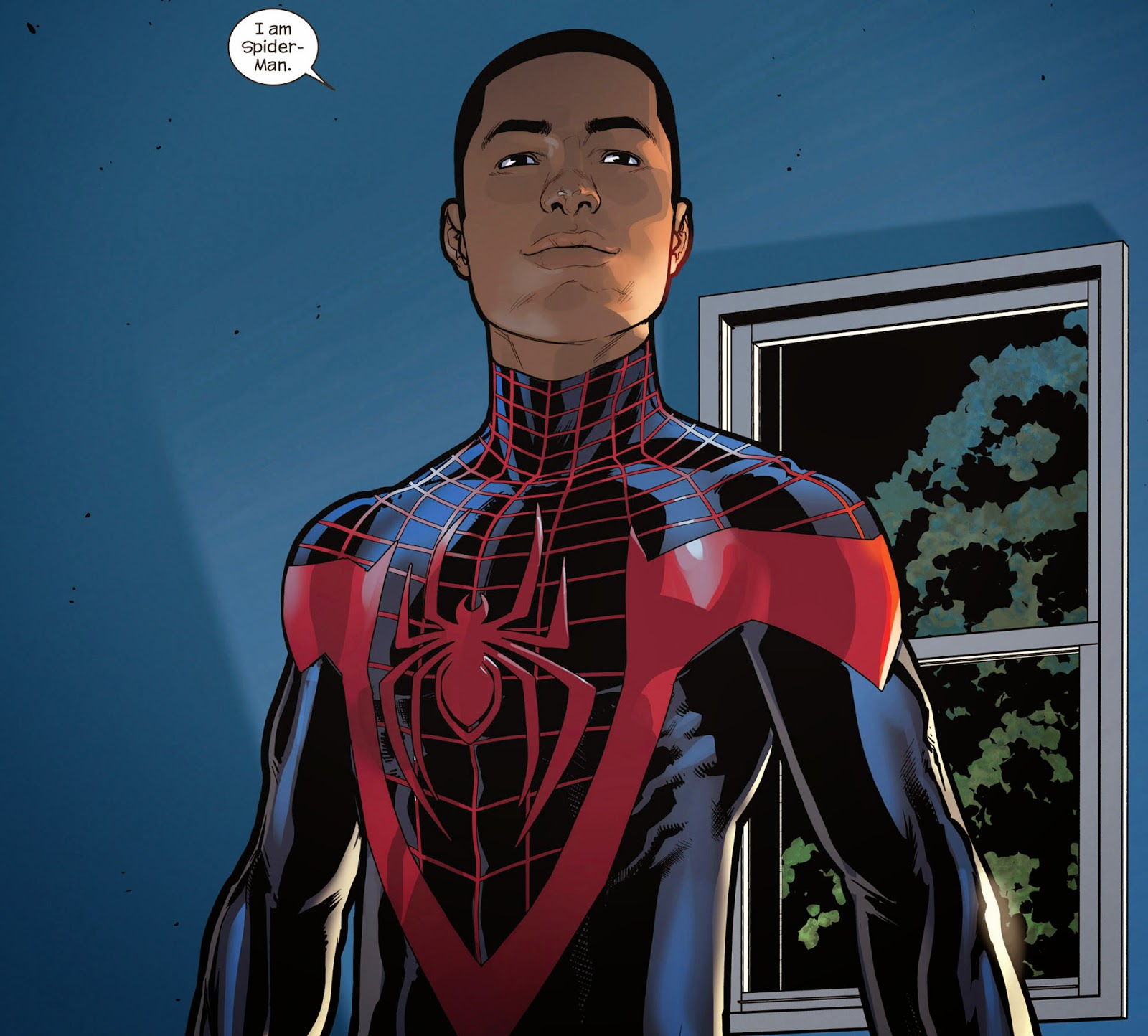 I've seen something that I think is encouraging, but worry could be treated more as a trend than as an actual shift in our culture. What is it? The growing popularity of racially diverse super-heroes. Simply a year ago this time few would have predicted we'd be getting a Black Panther movie, that a female Muslim teenager would be one of Marvel's biggest super-heroes, there was the possibility a Spider-Man of color will appear in film thanks to the Marvel and Sony Deal, and people are  now excited for a new comic about a black Superman-type character in the 1920's that will be coming out from a stellar creative team--although as Michael Davis points out, that isn't a new concept, just one finally getting more attention (after all, "Blue Marvel" touched on topics of historical racial relations and super-heroics, and was quite a good comic even if few read it).

We are almost at the end of Black History Month, a month I feel is a good thing to have, because even though some foolish people protest, "Well, if there were a White History Month people would freak-out," they miss the point that every other month basically is their, "White History Month," because we as an American society are getting more diverse, but still live in a world where a black man can be choked to death on camera by a police officer and nobody is charged with a crime...except for the person who taped it. As for Ferguson, I already said everything I felt needed to be said by me. In our real lives there is still so much racial turmoil, but in popular culture things seem to actually be getting better; it is great, but I wonder if society truly views this as a shift in culture to more diversity, or just a pop-culture trend to exploit.

Remember when so-called "Gay shows" first became a huge thing? There are still plenty of shows featuring fictional or real gay individuals, but at one point it was all new and everyone was going on about, "Queer Eye for the Straight Guy," "Will and Grace," and the so-called, "Metrosexual Trend." In an interesting way, "gayness" becoming a bigger thing in popular culture actually helped our real-world society become more understanding and accepting towards homosexuality, with more and more States legalizing marriage equality. The, "Gay trend," as some called it, seems to have made a positive impact, and I wonder if it stands as a good example for more diversity to occur?

I now sometimes see two distinct groups of people, those who claim the success of shows such as "Empire" with a primarily minority-cast are signs of a change in our culture to an interest in more diversity, and some who just say this is all a temporary trend until the next group gets it time in the spotlight. I think calling someone's race or sexual orientation a, "Trend," is ignorant at best and offensive at worst, so that rubs me the wrong way. However, those who observe that we as a society soon will have a, "Minority as the majority," by the 2040's make a valid point that having more racial and sexual diversity in our entertainment is not a trend, it is a sign that we as a society are becoming more diverse in our entertainment, and hopefully will eventually do so in our actual lives too. In the meantime we can only work for more understanding and diversity.