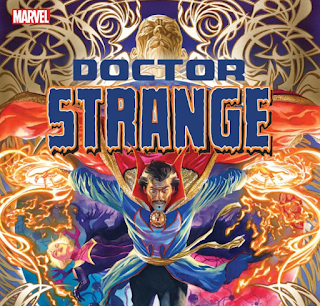 It feels like it has been a year or less since Doctor Strange died and Clea took over for him. Well, he will be resurrected with Jed MacKay and Pasqual Ferry writing and illustrating his new adventures. MacKay actually wrote the comic where Stephen Strange died and has been writing Clea's comic. Whether Clea's own, "Strange," comic will end (it seems it might) or run simultaneously with this new one is unclear. I know comic book characters basically never stay dead, but it is a little humorous when they're gone for such a short time.

It is also funny to think that a single writer has done Stephen's death, the comic following who took his place with Clea, and then the comic that brings him back. That said, MacKay is a fantastic writer and Ferry's artwork is always lovely too, so at least we've got a great team on the book (with Alex Ross providing gorgeous covers too). Keep your eyes peeled for Stephen Strange's return in March of 2023.