I Tried out Instacart and Liked it! 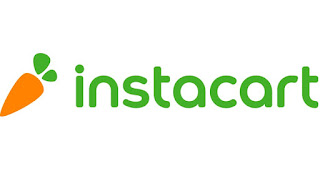 The other week Clarkson was really sick. He is fine now, it was just a 48-hour bug. However, while he was sick our son had a fever and kept throwing-up as well as having nasty diarrhea. We really needed certain groceries, but Samii and I agreed we should both be present at the house seeing as our son was blowing-up at both ends. For that reason, we tried something neither of us had done before, one of those grocery delivery services--Instacart specifically. It was pretty cool.

Normally Samii and I like going to the grocery store. It is fun to find new tasty foods, you can select exactly what you want, and should something be missing it is easy to pick something else. Lots of folks hate grocery shopping, however, so that has given rise to services such as Instacart, Shipt, and more. I saw that the delivery of the first order in Instacart was free for new users, so I eagerly downloaded it and got to work. 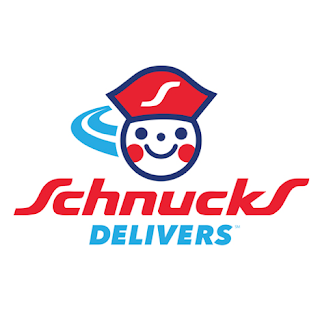 We got our grocery items from the local chain known as Schnucks, which had an assortment of brand-name items and Schnucks-specific goods in the app. It was pretty easy to navigate with my typing in, "Cinnamon Rolls," giving me a solid selection of all I may want. Anyways, I did our grocery needs in the app and submitted it to be shopped for. Then a shopper was assigned who picked-out our groceries, and the app updated me as they went, which was snazzy. The grovestand-style orange juice I wanted (I like pulp) was out-of-stock so the app asked if I would be okay with the, "Some pulp," option. I clicked that was fine and things chugged along. Eventually, our shopper had everything and put it in what Instacart said was a special cooler/freezer so that nothing would spoil or thaw. A bit later a driver picked the stuff up and brought it to our house. He came to our door and was nice.

All-in-all I put in the order at 4:45 PM or so that day and was told it'd get to our house between 6:30PM-7:30 PM. Everything indeed arrived on time, at 7:00 PM. The app added-on a service charge of about $3.50 and we tipped the driver $5.00 too, so that was not too bad at all. Should we had gotten delivery that would've easily added another $10 or so. Although, the option exists to just have someone shop for all your stuff and then you just pick it up should you want things to be a bit easier but not pay a delivery fee. There is a subscription service as well to get free delivery all the time, but that is more for people who use these grocery apps a lot. 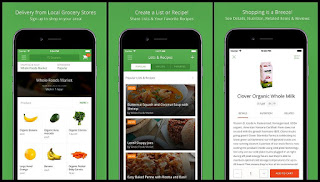 Instacart was really helpful the day we needed it and I liked using it. That said, we still plan to usually go to the grocery store ourselves due to both enjoying it and because all those additional costs in the app would definitely add-up over time if we used it a lot. That said, Instacart was handy in a pinch and I can see the appeal of these grocery-delivery apps. Maybe then next time we can't get to the store for some reason but really need stuff I'll try another app like Shipt and offer my thoughts on it as well!
Posted by David Charles Bitterbaum at 3:04 PM