Some Ignorant People Are Mad about the Plot of a Mortal Kombat Game...Yeah 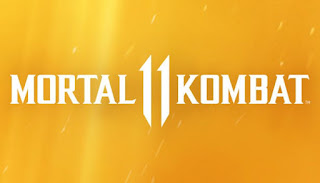 You know a game series that has never been especially known for its plot as opposed to lots of tongue-in-cheek jokes and violence? If you said, "Mortal Kombat," with its infamous, "Fatalities," you would be right. Through its decades (yeah, I know, I feel old too) of existence the games have often been very bloody and utilized silly jokes. It is an extremely self-aware series. The latest game, "Mortal Kombat 11," has made some people angry due to an alternate ending for the character Jax (who is black). You see, he gets the ability to travel through time and uses it to prevent the trans-Atlantic slave-trade before it can begin, sparing millions of people from the horrors of slavery. Jax wants to keep his ancestors from suffering and uses time-travel to stop slavery in a sweet alternate ending for a silly fighting game, and this is making some ignorant people mad for...reasons?

Apparently some people think it is racist for a black man to stop African slavery because of that old chestnut, "Irish were slaves too!" as if Jax just ignored that (we can assume he stopped all slavery based on the ending). Also, some people think it is unrealistic and historically inaccurate to have Jax travel through time and do this. Yes, people are complaining about the historical accuracy of a fighting series where people summon magical bolts of lighting or fight multi-armed monsters in-between ripping each others' spines out. I'm just going to put it out there that anyone who wants to argue that, "Slavery wasn't that bad," or wants to nit-pick the realism of, "Mortal Kombat," is probably someone you should avoid associating with for the sake of your sanity. Oh, some people are angry that the female characters are now dressed more like actual fighters than strippers in this latest game, but that is a whole 'nother subject for a different time because we can only handle so much idiocy in one day.
Posted by David Charles Bitterbaum at 6:29 PM