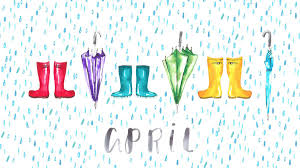 We are into early-April now, and based on all the flooding issues affecting people here in Missouri, clearly there have been plenty of, "April Showers," in addition to the downpours we got at the end of March (so much for it coming in a like and lion and leaving like a lamb). I've got an assortment of interesting news and links so let's just dive-into them as opposed to swimming in one of the overflowing rivers, shall we?

A Sampling of News

The whole time Bioware was promoting, "Anthem," it just sounded a bit like an unclear concept of a game that was going to be a mess. It has not done well critically or commercially since its release and according to this big article from Kotaku (where they spoke with a number of developers under the condition of anonymity) that's because for quite a lot of its development the game was a shambling mishmash of ideas and half-formed concepts. Yeah, I have no desire to play it.

It is depressing to learn a comic creator I liked, Jai Nitz, has turned out to be a serial harasser of women who forces his unwanted affections upon them. Whenever I spoke with him via Twitter a few times or met him at a Wizard World show in the past he was perfectly pleasant and polite with me--but then again, I'm a 30-year-old male, and Nitz apparently really likes to creep on barely-legal or just-of-drinking-age women. As more women have come forward Nitz has stated he plans to leave comics and seek counseling for his behavior.

Considering how much my wife and I enjoyed the first season of, "The Umbrella Academy," it is great news to hear the show is officially renewed for a second season on Netflix with everyone having re-signed on for 10 more episodes of zany madness. Plus, this means Gerard Way and Gabriel Bá will have to keep making more comics to give the show further material to draw from, so it is a win-win all around for us fans of the printed and streamed versions!

There is a strangely-fascinating website that loads only Youtube videos with the default filename--e.g. they are watchable by the public but were uploaded more for one person to watch or just to send to the uploader's friends. This results in an assortment of random filmed pieces. When I used it I witnessed a dog running-through an obstacle course as its trainer hollered directions, a man giving a speech at a Turkish-American community center about cultural identity, an adorable little-kid dance recital, 7 minutes of someone's cat eating dry-food and then grooming itself, and some grainy footage of fireworks over a lake. As someone who has always been intrigued by the kind of odd-stuff found on Public Access channels or the more esoteric cable stations, this is the kind of thing I find quite interesting.

A woman who quite possibly could be a foreign spy was able to infiltrate President Donald Trump's favorite hideaway, Mar-a-Largo, with all kinds of tech equipment including a thumb-drive loaded with Malware. How did she get into what was supposed to be an extremely secure area considering Trump was there golfing (not shocking) as she wandered about? She lied about having a reason to be on the property. That's it, she lied and people took her word for it until she got her story mixed-up and a receptionist called the cops upon realizing something was amiss. What the Hell, people? Is this a case where Trump's resort needs more security or has our President's incompetence simply worn-off onto Secret Security as well?

I want to watch Jordan Peele's new take on, "The Twilight Zone," as soon as possible, having seen it getting reviews that range from, "Good," to, "Amazing," depending on what reviewers think of particular episodes. It is annoying as Hell however that I might have to buy a subscription (however brief) to CBS All-Access in order to get to watch the damn show beyond its premiere (which can be streamed for free, for now at least). Maybe when I have some free time to binge the show after all the episodes are released I'll take advantage of the free trial-week and attempt to engulf the whole season before I have to pay any cash. 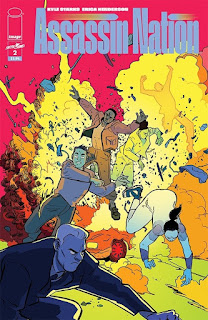 I haven't reviewed it yet as I wanted to read another issue or two so as to really get a handle on the direction of the series, but, "Assassin Nation," by Kyle Starks and Erica Henderson had a stellar first issue I loved, and I look forward to the above-pictured second issue due April 17th. I look forward to more of who I already feel is the breakout character, "Fuck Tarkington."

For those who have been following, "The Immortal Hulk," you may know it has become a smash-hit series with earlier issues now fetching a pretty penny as well as there money being made off issues from previous series that feature characters now playing a role in the comic. One thing that many people had debated was if Bruce Banner's on-again-off-again girlfriend Betty Ross would manifest any kind of Hulk-powers as the general theme of the comic has been a person who once had Hulk-abilities can develop them again without warning. The problem was people didn't know if Betty would turn into Harpy or Red She-Hulk, having been one decades ago and the other a handful of years in the past. This resulted in everybody buying/selling Betty's first appearances as Harpy AND Red She-Hulk in a panic. Well, today's release of #16 of, "Immortal Hulk," revealed that after almost getting mortally wounded in an earlier issue Betty has turned into...a Red Harpy. I find this fun as it means everyone wins in their predictions, kinda!

Lastly, the trailer for the upcoming, "Joker," movie was released and it looks quite different from any other DC film that has been released lately. This is not necessarily a bad thing considering just how much damage Zack Snyder arguably did to the brand before DC realized it was okay to lack an interconnected Universe of flicks and just make interesting movies instead.

Have a Great Month! 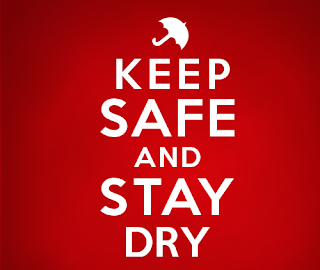 I hope we all enjoy April as it has a lot going on (for me especially) and that everyone manages to stay dry.
Posted by David Charles Bitterbaum at 2:09 PM