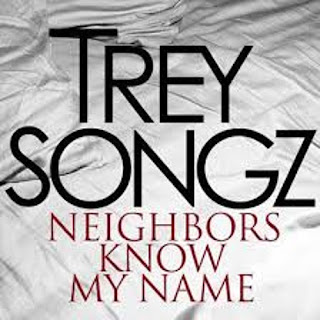 I enjoy the music of Trey Songz AKA Tremaine Aldon Neverson, but one of his new jams makes me wonder if it would actually really suck to be a neighbor of someone he's seeing. The song, "Neighbors Know My Name," involves him singing about how he and a ladyfriend have such loud and rambunctious sex it results in the neighbors banging on the wall (I assume they are in an apartment or condominium) and even coming-over and pounding on the door to demand that Neverson and his partner quit having such loud relations.

Lyrics in the song discuss how they go, "So hard," they damage a new headboard on the bed, and she often shouts a number of things from obscenities to, of course, his name, "Tremaine/Trey." One verse involves Neverson outright stating that while the neighbors, "Be dreamin', you be screamin' now they bangin' on our door," which is Neverson essentially admitting that he and his female lover  chose to have sex late at night knowing full well based on past evidence it would be disruptive.
Now, I don't want prevent Neverson from having sex as many of his quality songs involve the subject of love-making and I want him to continue having inspiration for his music. I also admire that he wants to make sure both he and his partner are satisfied as sex is of course something that should be enjoyed by all parties involved (too many heterosexual relationships involve men solely focused on their pleasure and not the lady being happy too). That said, I would maybe suggest that if he is going to be so thorough in his romantic encounters with this woman that perhaps they have sex during the day when it wouldn't wake people up, or maybe if he does not live with this woman (the song never specifies if he's a resident there or just visits often) maybe this ladyfriend can come over to his house/apartment/condo sometime and his own neighbors can put-up with the loud sex (I'd assume they are used to it).

I know this is just a song and I imagine Neverson is a thoughtful enough person he would make sure his sex is not actually disruptive to others. Still, anytime I hear this on the radio I can't help but wonder how enraging it might actually be to live next door to whomever Neverson is having sex with; at least, that's my general takeaway from this ditty. Laslty, I like the line where he says the woman's body is, "A Problem," and that, "They call me the problem-solver," which doesn't relate to the noise-issue, but is a very clever line.
Posted by David Charles Bitterbaum at 5:15 PM