Let's Go Shopping!
I live within the region of Saint Louis. Made-up of the city of Saint Louis and the county of Saint Louis, there is in fact a good number of comic shops in our area. There are three in particular I wanted to spotlight as they all are snazzy and worth stopping-by should you live in or visit the region. Plus, unlike some of the chain-comic shops that have multiple stores around here and other places, these are all independent and locally owned. I thought I would list them in order from the one that has been around the longest to the newest store. Let's discuss!

The Stores To Visit

Newcastle Comics
Newcastle Comics has been around a number of years and is the first shop I visited upon moving to Saint Louis in 2011! You see, before I moved from Upstate NY to this region I called various shops to ask questions about what they carried and to get a, "Feel," for how they were over the phone. That initial time I called Newcastle Comics I spoke with the owner, Steve. He was very nice and conversational. That gave me a good feeling about Newcastle Comics that continued when I went to the store and found myself impressed by their wide array of new release, back-issues, and a solid collection of trades. Plus, if you're a fan of tabletop games or card-titles such as, "Magic: The Gathering," they sell those products and have events for players as well.

Located in Maryland Heights at 2204 McKelvey Road, Newcastle Comics has continued to impress me over the years and has earned my steadfast patronage with its great selection and friendly staff. Check-out their website here! 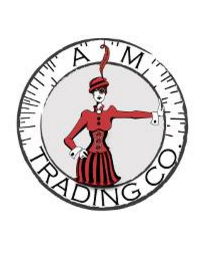 AM Trading Co.
AM Trading Co. came into existence a couple years ago. At a location formerly known as, "Annie Moon's Bakery," this comic shop began buying, selling, and (as the name indicates) trading comics. I've chatted with two co-owners, Mike and Roxanne, on numerous occasions and their love of comics is equaled only by their superb customer service. AM Trading Co. has a ton of comics both newer and older, and carries a great degree of independent titles--which is always awesome. Plus, they have a delightful assortment of toys and figurines ranging from newer to older. Oh, and they of course have much-beloved Funko Pops! AM Trading Co. has gaming events as well and just has a really cool and chill vibe that makes it seem extra-inviting. Plus, with their event-space they are always ready for a game of Dungeons and Dragons to break-out or any other fun event to start-up!

AM Trading Co. is found at 4005 Utah Street, Saint Louis (in, "South City," as folks call it) and you can learn more about them at their website here. As AM Trading Co. continues to grow I look forward to their continued success!

The Dark Side Comics and Games
The Dark Side Comics and Games is a newer store that has been open less than a year but which has already impressed me with their store and great customer service (you may have noticed superb customer service as a running theme in these entries). Owned by a husband and wife team, I've spoken with the husband, Scott, a number of times and he and his wife's commitment to not only wanting to have a store but also a place members of the community can gather and have fun at is an awesome goal to have. One thing you immediately notice when you step into The Dark Side Comics and Games is how it defies the stereotype of comic shops being dim and dingy with its bright lighting and relaxing modern setting of multiple tables, chairs, and other comfy seats. It helps create an encouraging atmosphere to buy some comics to kick-back and read, or for you topurchase some gaming supplies and begin a game.

The Dark Side Comics and Games has their store at 48 Clarkson Wilson Center in Chesterfield. You can visit their website at this address and I'm excited to watch as Scott and his wife attract more and more customers to their great shop!


Why Aren't You Shopping Yet?
When it comes to comic shops within Saint Louis these three are all stellar and have qualities that make each worth checking-out. Give them all a visit and have fun, I know I do anytime I visit one of these shops!

Note: None of the stores discussed offered me any form of compensation for my article, and some did not even know I was going to write this piece. I just wrote this because I wanted share my thoughts about the stellar shops in Saint Louis!
Posted by David Charles Bitterbaum at 2:02 PM

Email ThisBlogThis!Share to TwitterShare to FacebookShare to Pinterest
Labels: AM Trading Co., comics, internet, Newcastle Comics, news, The Dark Side Comics and Games