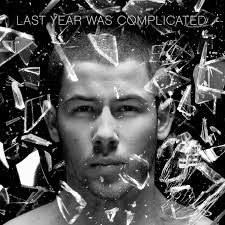 I am by no means much of a fan of the band that once was known as, "The Jonas Brothers," and have found the new music by Nick Jonas (the bit of which I've heard) generally passable if not especially good. That said, the title of his new album is admittedly genius. "Last Year was Complicated," is just an absurdly clever way to address everything that has happened in Jonas' life up to today, with the, "Last Year," easily being representative of him saying how basically life up to today has been a bizarre adventure for him, yet also seems to casually play it off by saying, "Well yeah, I mean, last year was complicated." It just really strikes me as incredibly smart and fun.

The music may not be especially impressive, but damn, that' a good album title. That said, we get it, Nick, you're all grown-up and having sex now with your big-boy penis. You don't have to keep telling us.
Posted by David Charles Bitterbaum at 3:37 PM