I'm Exhausted by All This Gun Violence, But Not Too Exhausted to Fight Back Against Ignorance 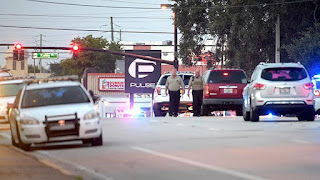 I didn't want to write this piece, because I would never want this to happen. It needs to be said though. I mean, the worst mass-shooting in U.S. history happened in Orlando early Sunday morning. Someone full of hate shot-up a LGBTQ nightclub known as Pulse. A diverse group of people were murdered in cold blood. I felt incredibly sad upon reading this, but then oddly found it hard to summon much of any other emotion. Previously I would feel a burning rage anytime I read about these acts of gun violence. I would feel sick, I would react. Now however, this seems to just happen so often, with nothing happening as a result to stop it from occurring again, that I just feel exhausted.

I'm tired of all the people who want to the defend the fact it is easier to buy a gun than some cold medicine or a fucking exotic animal. I'm drained of the energy it takes to shake my head at the politicians who refuse to make it so that people on watch lists--people who can't even get on a plane--can still buy an assault rifle. I'm even too fatigued to bother sobbing when I see all the faces of those killed whilst a moron running for President uses it as an excuse to further his agenda of hatred (banning Muslims wouldn't have helped prevent this, Mr. Trump, the man was already a U.S. citizen). Yes, I'm just exhausted. 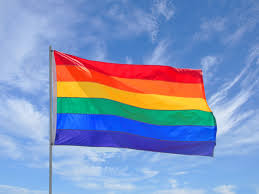 What I am not too tired to do, however, is to continue to point out the hypocrisy of people who claim they want to make our nation safer yet do nothing to combat the seemingly never-ending gun violence. I am not too drained to argue with those who use this as an excuse for demonizing Muslims, or who dare to minimize this loss of life because it was, "Those people [because somehow being LGBTQ makes your life matter less)?" Oh, and you can bet I'm not exhausted to the point where I will ever stop discussing this issue, regardless of others trying to silence those of us who want common-sense gun control.

I wanted to make it clear I stand with Orlando, and I stand with everyone who wants to help make this nation safer. I'm exhausted by all this gun violence to the point it is hard to get emotional, but I will never be too tired to try and keep it from occurring again. That is a promise.
Posted by David Charles Bitterbaum at 11:20 PM