I've written before about my fondness for Whitney Thore and her television show on TLC, "My Big Fat Fabulous Life." Well, the 2nd season kicked off early this September with two new half-hour episodes in the first week and the week after--now we have two more 30 minute shows coming tomorrow. This leads to the question of how it has been so far, and I'm happy to report it is still a delightful program to watch!

The key to the show being so fun is that Whitney is quite easy to like, with her positive personality, outspoken attitude, and general propensity to be fun. This season the show continues its careful balance of humor and seriousness, with the premiere tackling Whitney facing her increased risk for diabetes due to her larger weight caused by Polycystic Ovary Syndrome via a mixture of tears and coming to terms with how some further dietary changes will be needed (her, "Breaking-up," with carbs was hilarious). Since that episode us viewers have gotten the usual mixture of awesomeness from her dad and Babs AKA Whitney's mother and the 2nd funniest person on the show after Whitney, plus it is always fun to see the dynamic between Whitney and best-friend and former-lover/possible future love interest, Buddy. 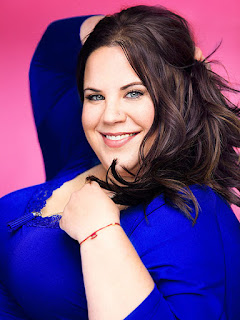 I am aware that this review of the show is reading a bit more like a press release than a true review, but that is because I honestly don't really have any complaints. It is a reality show that actually does a solid job of showing the "reality" of everyday life from the funny moments to the sad. If this program had anyone else besides Whitney it would probably be a much less enjoyable television program as she truly is just so darn cool, and TLC clearly knows it considering how they've been the promoting the bejeezus out of the show between its actual episodes, the internet-exclusive, "Whitney reacts to the show," pieces and reruns that throw-in a few extra scenes and tweets people sent about the episode when it first aired. In other words, TLC ain't leaving any money on the table, which is understandable as they've struck gold in someone as awesome as Whitney.

"My Big Fat Fabulous Life," continues to shine in its 2nd season so far and pulls off a unique feat for a TLC reality show in that it has someone we root for and want to succeed, as opposed to the Duggars (who were just plain hateful and had some dark secrets), or Honey Boo Boo and her family (who were made fun of relentlessly and also harbored some dark secrets). It's probably the best show on television right now and you ought to watch it, because its either that or the Cake Boss if you want someone with a TLC show who doesn't have a dark secret. I mean, the Cake Boss didn't hide the fact he got that DWI, so it was embarrassing, but not a secret. Oh, and the Sister Wives show has a family pretty open about their lifestyle, but for years they were secretive about it, so yeah, Whitney or Buddy AKA the Cake Boss.
5 out of 5 stars (for the season so far).
Posted by David Charles Bitterbaum at 11:36 PM