There Still Are Video Stores--Despite Notable Closings, They Persist

The Swan Song of Video Rental Stores Hasn't Quite Started 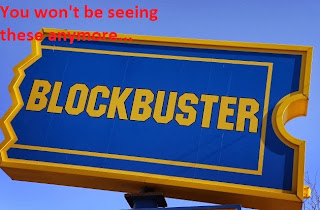 It may be because I'm the perfect age to be someone who grew up in the golden era of video-rental stores, but I've always had a soft spot for the ol' rental shop where you could get the latest flick on a hopefully-rewound VHS tape (and later on a hopefully unscratched DVD) and grab a copy of the hot new game for your game console. Funnily enough, Blockbuster was probably my least favorite rental place of all the chains or independent stores I would go to. Therefore, I didn't feel too sad for the chain when I heard it was shutting down (although I do feel sympathy for the employees who worked there and had to follow the increasingly confusing rental schemes before now unceremoniously being laid-off), but it did get me nostalgic about video-stores and happy about the ones who do still exist.

Depending on where I lived there were the local stores, and in places those weren't available I would frequent chains that seemed to do a good job, such as Hollywood Video, which I primarily liked because some locations had really nice and attentive staff--plus when they started doing those connected "Game Crazy" stores that was fun too. The Hollywood Video's went of business some time ago however, and now so has Blockbuster, two giants are gone. This raises a question, who is left? Well, if you're willing to look a little bit you can see some stores not only doing well but actually thriving, surprisingly enough.

Probably the biggest "chain" of video-rental stores to still be around is "Family Video". A store opened in an area I once lived shortly before the Hollywood Video shut down, and when it did I shifted my business fully over to Family Video. One of their stores is kind of like Blockbuster if Blockbuster hadn't sucked as much. Better rental fees on games and movies, the employees (in general) are more helpful and eager to recommend items to view/play, and on a personal note, I prefer the green and orange colors for Family Videos' logo and store-design instead of Blockbuster's sickly Yellow and Blue that seemed to clash more than compliment.

Another reason I like Family Video is they don't try to impose some puritanical viewpoint like Blockbuster and some other chains have in the past, with their refusal to stock NC-17 or Unrated movies. As someone who likes artistic freedom I appreciate that Family Video (at least the ones I've been to) will stock movies like that, allowing people to enjoy an NC-17 movie such as "Showgirls" in all its awesomely horrible glory. From what I've read Family Video seems to be doing better than ever, probably thanks to careful expansion in areas that may not have as much fast internet, or by knowing that instead of trying to fight entities such as Netflix and Redbox they need to just work at being better, e.g. having great employees, more obscure titles that Netflix may not have, etc.

Some Remaining "Little Guys"
Even though when chains such as Blockbuster came about they hurt the fabled "independent video store" some do still exist. By being in good locations, such as "9th St. Video" which is well-positioned by the University of Columbia in (where else?) Columbia, Missouri, or through catering to niche crowds such as folk who are big fans of independent and cult movies, which is what is done by "Video Americain" in Balitmore, Maryland (and plenty of other stores, like "Vulcan Video" in Austin, Texas), stores can continue on. There are other examples of places that found a way to keep being popular, like how "Movie Madness" in Portland Oregon also has a movie memorabilia museum.

Plus, there are those stores that aren't meant to be "just" rental places, but do rent movies and games. Out here in the Mid-West  and further South there is a chain of stores called, "Vintage Stock"/"V-Stock" which sells everything from movies, to games, books, comics, trading cards, etc. Someone can create a rental account with them and then the rent movies or games, just like at a video-rental store, but its like one that also happens to have a ton of other stuff for sale.

It's Not The End...Yet
As can be seen, there are still video-stores doing pretty well despite the rise of Netflix and Redbox. There is struggling, and who knows how long these remaining entities will persist, but for now that part of me which treasured going down to the video-store doesn't have to go away just yet.
Posted by David Charles Bitterbaum at 6:40 PM