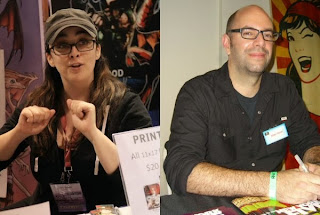 If you've been following the latest big news out of comics you know that the past couple of weeks have had some time spent on the issue that depending on who you choose to believe, Brian Wood is either a little scuzzy and inappropriate, or a huge jerk who preys on women who want to get into comics. Confused by what I'm talking about? Let's rewind a bit to make things more clear for some of you.

Tess Fowler is someone in the comic's industry who in the past discussed how a certain creator had expressed interest in her work at a convention and invited her up to his room to discuss it "in private". When she turned him down he belittled her, insulted her work, and basically did a whole spiel of, "You realize who I am and how this impacts you chances in this industry, right?" The name of this man was never given, so there were whispers about whom it could be, but little came of it.
Then, recently after she had been contacted by other people who had suffered harassment from the mystery man, Fowler decided she would name names and said that this previously-discussed jerk was Brian Wood of all people. Yeah, the man who is generally known for being progressive about women, and is even writing the mostly-female "X-Men" book. Part of the reason Fowler spoke up apparently was that she was sick of Wood being portrayed as some sort of feminist while she kept receiving emails from other women whom he had taken advantage of, making him anything but progressive and "for women". The weirdest and most interesting part of all this is how Wood responded, namely he kind of admitted to some impropriety.

Brian Wood, when confronted with these accusations said he never tried to abuse any power he could have had (or didn't have yet back in those days) but did in fact, "Make a pass," at Tess Fowler, which he said was rejected and then that was the end of the issue. There was no pressuring of her to sleep with him in exchange for getting work, he didn't threaten her career, he just came onto her at a convention. First off, I'm glad Wood is at least owning up to misbehavior, but I'm not the only person who thinks he still comes off a little gross as one of those guys trying pick-up girls at conventions by doing the whole, "Yeah, I write comics," bit and exercising whatever power he may have, which to many women (or men) would mean little to get you excited, but there are people struggling to make it in the industry who don't deserve to be put in a place of feeling pressured to have sex with someone in order to get their work noticed. Being "somebody" in a career field trying to take advantage of another person who in your eyes is a "nobody" is textbook sexual harassment.

Many feel it is good that this is at least being talked about now, the issue of sexual harassment in the comic book industry. A lot of folk are wondering why it took so long. In a sense, the comic's industry is starting to grow up, albeit painfully and kicking and screaming along the way as some comic-readers of course try victim-blaming and other tactics to make Fowler look bad.

It is just so strange that someone who is known for writing strong female characters (look at the stellar recent comic "Mara" for an example) may very well also be kind of a sleaze toward women. Still, I don't think trying to pin all the problems of sexual harassment in the comic-book industry on Brian Wood is a fair thing to do, as there are undoubtedly plenty of men in the industry (and possibly some of the few women) who have tried to use their power to coerce people to do certain things, sexual or whatever else. I feel that people working in any job field should be able to feel safe and secure, not as if their boss or someone else could harass them at any moment with inappropriate comments, behaviors, or such. 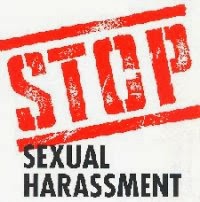 I have enjoyed much of Brian Wood's work I've read, but now think I look at it in a bit of a different light, having been made aware that the man may not behave in the most appropriate manner toward the opposite sex. It saddens me that might be the case, and I also wonder who else out there in the comic's industry may be less saintly than we think.

In the end, we just need to be better as a society, toward all sexes, genders, colors, beliefs, ability-levels, etc. I just wonder why that is so hard for us to do much of the time.
Posted by David Charles Bitterbaum at 5:30 PM