I Dropped a Lot of Comics Part Three: Other Publishers.

I already talked about the Marvel Comics I kept or ditched, along with DC and Image's output, but what about the other, smaller publishers? Let's discuss.... 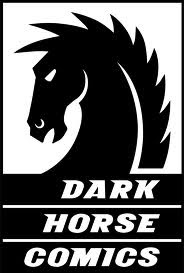 Among Dark Horse's offerings, I no longer want to read that "Killjoys" comic because the damn thing makes no sense to me. It is sad as I truly adore Gerard Way's "Umbrella Academy" comics and hopes he returns to them soon. I am keeping "Dark Horse Presents" because even though it is an anthology book, and lots of anthologies are hit-or-miss, "Dark Horse Presents" has enough titles that "hit" I feel it is a good value for the money. One other Dark Horse title I want to keep up with actually had a segment in the anthology, "Resident Alien" which has a new mini, "Resident Alien: The Suicide Blonde" coming up. Lastly, "Fatale" by Ed Brubaker and Sean Philips is shaping up into quite the big story and I want to keep on following it for now.

Publishers that I am reading only one book from currently are Dynamite with their title "Uncanny" and the newly-formed Amigo Comics with its superb, "The Westwood Witches". I am also reading a good number of Boom Studios books considering they don't have a ton, with "Six Gun Gorilla", "Deathmatch", and "Suicide Risk" all being excellent reads by great writers (Si Spurrier, Paul Jenkins, and Mike Carey, respectively). There is a small publisher known as Comixtribe who puts out some good stuff too, such as "The Red Ten" and "The Standard". Also, anytime IDW releases something by Ashely Wood I snatch it up, but there aren't any current works solicited by him that I know of. 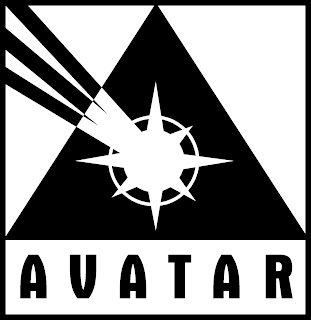 If there were one company who "won" all of this cutting among the smaller publishers it would probably be Avatar Comics. I am reading a lot of their output besides "Crossed" (which I got tired of some time ago) and "Feral" (which I haven't gotten around to trying). I'm reading the new Christos Gage title. "Absolution: Rubicon" which is a sequel to the original great mini-series "Absolution". I'm also reading "Uber", "Skin Trade", "Extinction Parade" and am eager to read the upcoming, "God is Dead" by Jonathan Hickman. I guess I just really like a lot of Avatar's stuff.

That's all the smaller stuff I can think of that I'm still interested in. Stay tuned for Part 4 where I discuss all of these posts and what they reflect of my tastes and the comic-book industry.
Posted by David Charles Bitterbaum at 1:00 PM