Reflecting on the Tragic Death of Cory Monteith from "Glee" 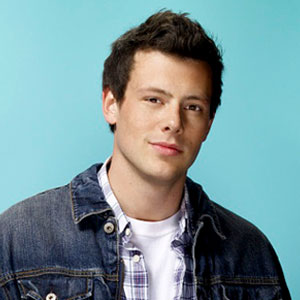 Cory Monteith played the character Finn Hudson on "Glee" and sadly passed away a short while ago. I've discussed the show before on my blog (here and also here) and felt I should address his unfortunate death. I've waited to say anything though as generally when something big and tragic happens I give myself some time to formulate a calm response instead of getting swept up in emotion. I've taken some time, and now want to discuss Cory's best-known role of Finn and what I liked about it.

If we are being completely honest, Finn wasn't my favorite character on "Glee". I didn't hate him like I do the character of Rachel Berry (not that I have anything against Lea Michele herself), but it would be a lie to say he was at the top of my list when it came to my favorite characters. The thing is, regardless of how much I did or did not like Finn, Cory Monteith played him exceptionally well. Sometimes we didn't like Finn because he was being a jerk, and Monteith did an amazing job at portraying Finn as a jerk. Then there was the episode where out of any "Glee" I've seen I think I saw the best acting of Monteith or anyone on the show, the 22nd episode of Season 3, "Goodbye," which was also the season finale. The scene where Finn tells Rachel that instead of them getting married he wants her to go to NYC for school is so amazingly done that I was enraptured--and Monteith nailing the scene was one reason why.

Monteith had substance abuse issues and had been open in discussing it. The fact he genuinely wanted to talk about and try to face his problems (such as by going to rehab) makes his death tragic, as opposed to say Amy Winehouse whose death I was sad to hear about, but which in no way surprised me. Monteith was talented young man, and his passing is a big loss to "Glee" and any future roles he may have been a part of. He will be missed.
Posted by David Charles Bitterbaum at 12:16 AM