Film Friday (Ignoring How it's Saturday): The Wolverine 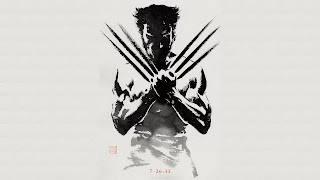 How do I put this? I I left the Wolverine satisfied, but not amazed. Please note there are small spoilers ahead, but basically if you've seen the previews you won't be surprised by anything I discuss.

Perhaps my expectations were just too high based on the stellar previews or positive early reviews, but I maybe was expecting a bit more than "The Wolverine" delivered. It was moving along quite smoothly but then when it reaches the last 30 minutes or so--around when Logan AKA Wolverine figures out what has short-circuited his healing ability and fixes the problem (there's a small spoiler as I warned, but you never thought Logan would actually die, did you?) things just go off the track. There are weird cyborg ninjas (which is actually kind of cool), characters suddenly changing their minds about whose side they are on, and all sorts of messiness that only is made up for by the amazing last scene that occurs during the credits (seriously, it makes the movie). Let's rewind a bit to that first hour and half-ish of the movie I really liked though and explore why.

Even if toward the end of the movie (before that last scene) I was a bit let-down, things start out pretty strongly. This movie clearly takes place after all the other X-Men flicks, as it has Wolverine dreaming about Jean Grey (whom he had to kill the in mostly-terrible "X-Men 3/X-Men: The Last Stand"). Thankfully, you need not have seen that movie to understand what is going on. We have a depressed Wolverine who wants to never hurt people again, but as advertisements for the movie have made clear, that isn't in the cards.
A Japanese man that Logan/Wolverine saved back during World War II is now a rich businessman who is dying due to old age (or some illness, it is never made exactly clear what is killing him). He offers Wolverine the gift of mortality, and even though Wolverine refuses, before long he starts having trouble healing. After some great fight sequences, sweet quiet moments with a love interest, and a bit of mystery-solving by Logan and a pseudo-sidekick named Yukio we arrive at that last half-hour of confusing nonsense and what seems like a clever plot turns out to be little more than a convoluted mess that hurts your head if you try to make sense of it.

Regardless of the plot problems I was at least impressed by the acting. Hugh Jackman basically is Wolverine at this point just as Robert Downey Jr. is Iron Man--you just don't associate anyone else with playing the characters as they are so good at it. The supporting cast is mostly made-up of Japanese individuals (excluding Jackman himself, some folk in scenes at the start, and an evil American mutant named "Viper") and cleverly the movie often doesn't have subtitles for what is said, making us rely on figuring out what people are saying based on their tone and physical movements--kind of like Jackman's character (in the comics Wolverine speaks Japanese, but it seems in the movies he does not). Oh, and I mentioned in passing the character, Viper. There isn't much to say about her other than that she is evil, wants money, and has abilities like a snake. An underdeveloped character if there ever were one.
Still, as the credits started to roll I decided it was still a decent flick and worth maybe 3 stars...but then that amazing extra scene  (as Marvel is known for doing now) kicked in and a whole half-star needed to be added. I won't spoil anything, but I will say I squealed with delight when certain characters showed up and made it clear that these Wolverine movies will be tying in with the previous X-Men flick ("First Class") and the new one much more closely than may have been expected.

All-in-all, "The Wolverine" was a fun enough movie that should satisfy fans of the character, comic-fans, and anyone out there who has the desire to see Hugh Jackman without a shirt on for extended periods of time. It was entertaining and left me wanting to see what comes next with the X-flicks, so I suppose it did its job.
3.5 out of 5 stars (that .5 is for the last scene alone which had me cheering loudly).
Posted by David Charles Bitterbaum at 10:52 PM