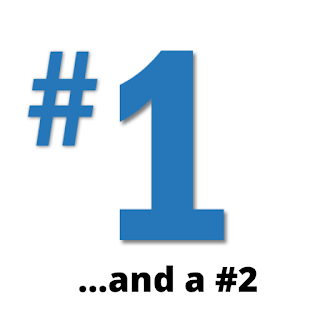 I thought it would make sense to review some series that are just starting up, are new-ish in that they tie-in with big ongoing events/follow-up other series, and talk about the second issue of a series as that is still pretty early-on and the comic is damn good. Proceed below for my rambling thoughts.

Firsts and a Second
X-Men/Fantastic Four #1
Chip Zdarsky writes his first X-book (in this new era the books have entered) with Terry and Rachel Dodson providing some great illustrations. This comic follows-up on some earlier allusions to how mutants are hoped to live on the island-Nation of Krakoa, and Franklin Richards is an immensely powerful mutant--but also the son of two members of Fantastic Four. The F4, despite being superpowered humans are still humans and the comic takes pains to not make the X-Men or Fantastic Four look like the, "Bad guys."

Franklin Richards apparently is a bit older due to events in another comic I did not read and is slowly losing his powers. This alarms the X-Men, who worry if that could bode anything for other mutants and think if he is now in his teens he can choose to live with his folks or on Krakoa. Meanwhile, the Fantastic Four are wary of mutants coming and taking their son before he's a fully-grown adult, regardless of his powers fading. This leads to some sharp dialogue from Zdarsky and excellently illustrated scenes of fighting when the disagreements get physical. It was a really enjoyable read all-around.
4 out of 5 stars.

Predator: Hunters III #1
This is a first issue but the third mini-series following a team of people who hunt Predators, so this ain't exactly new-reader friendly. Still, I've been digging this series. Most, "Predator," movies or comics are all about people trying to figure out what Predators are and what they want, this series has turned it on its head taking new characters as well as those from past "Predator," comics and have them be dedicated to hunting down the Predators who have made lives miserable before anyone else can be hurt.  I have a soft spot for the, "Predator," franchise and even if this series hasn't been amazing, it is consistently entertaining. Solid art, the story moves at a good clip, and I'm otherwise always pleased, so it is a good start to a new mini dedicated to the hunters of the Predators.
3 out of 5 stars.

Protector #1
A sci-fi comic set in a far-future where technology is mostly in ruins and the World is a weird post-post-apocalypse kind of place. That sounds relatively uninspiring, I know, but damn if the art in this comic doesn't keep my attention. A hodge-podge of a creative team (two writers--Simon Roy and Daniel M. Bensen--and three artists--Artyom Trakhanov, Jason Wordie, and Hassan Otsmane-elhaou) made this, but it overall works thanks to looking so snazzy. There are some interesting ideas of exploring future socio-cultural societies that give me hope for the plot to be more intriguing than it is at first glance, but I'm really just here for the art at the moment.
3 out of 5 stars.

Backtrack #1
This comic raises a lot of questions, but none of them are interesting enough for me to really want to follow-up. A bunch of people who can drive very well (former racers, getaway drivers, etc.) are offered the chance to undo a major mistake and fix their lives if they can manage to win a race being offered by a mysterious man who I'm already 99% sure is the devil or something like that. Why this race is happening isn't made clear, and when time-travel starts that makes things really wonky.

For a last-minute cliffhanger, there is a surprise reveal of a former winner maybe wanting to disrupt the race, and I see the general ideas at play here but nothing really, "Grabs," my attention. By the issue's end, you can see how this is going to be a comic with wacky locations each issue, racers trying to unify to survive, and the usual, "Big mystery," like something out of a television show such as, "Lost," or that new weird plane one, "Manifest." It just seems like there is an interesting idea in here (a race to undo your past errors) but then it tracks on a whole lot of formulaic stuff that makes me lose interest.
2 out of 5 stars.

The Man Who Effed Up Time #1
A lab assistant where they have a functional time machine with many strict rules travels back a week in time to try to make his life a bit easier and then all Hell breaks loose. The comic is about a man who messed/"effed," with time and boy howdy what a small gesture can do becomes apparent when we witness a World with a lineage of King Lincoln's ruling over pyramids and Dinosaurs used as transportation. The comic is funny in imagining such a zany World from one man altering time and I bet as attempts are made to fix everything it will all only get more humorously worse.
3.5 out of 5 stars.

Suicide Squad #2
The surprise reveal at the end of the first issue was that the group of rebels Task Force X (AKA the Suicide Squad) was hunting were in face the team's newest recruits, and writer Tom Taylor keeps the surprises coming. At the start of this comic, the opening seems to show all Hell breaking loose before Taylor cleverly reveals what really happened at the conclusion. It is just one neat moment is a comic packed with great dialogue and plotting.

Jumping around in time is a common conceit in comics, but Taylor adds enough wrinkles to this it piques my curiosity whilst he continues to stack twist-upon-twist like a layer cake. Artist Bruno Redondo supplies some awesome moments with his art as well, as this team that hates each other attacks their own squad as much as their enemies. We are only two issues in but I'm already hooked.
5 out of 5 stars.

Starting Strong (Sometimes)
These comics all are new-ish series and some do a great job with their beginning and others falter to really grab my attention. As long as there was more good than, "Meh," I'd say it was a pretty good day, however.
Posted by David Charles Bitterbaum at 5:16 PM