I Almost Wish All These Mass-Shootings Were a Conspiracy 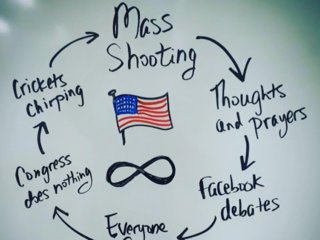 I've made my opinion clear before on gun control, having written my extremely fiery article, "Fuck the 2nd Amendment." I believe the constitution is a living document that needs to be updated at times and considered what guns are now versus what they were centuries ago calls for consideration of what kind of country we are living in where people get confused about which mass-shooting the news is talking about because they are happening within a day of each other. Seriously, anyone who is opposed to common-sense gun legislation needs a long hard look in the mirror. Meanwhile those in political power do nothing, crowing on about illegal immigrants and violent video-games. I worry more about racist white men killing people in mass-shootings than I do immigrants, “Stealing,” jobs, yet the GOP hollers on about walls with Mexico while ignoring its own homegrown extremists. I feel sorrow, and one thing that makes me laugh amid all this sorrow--albeit a bitter and ironic laugh--is people claiming this is all some big conspiracy. 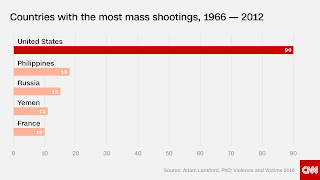 That's right, this is one massive attempt by the Deep State, Illuminati, or some other nefarious force to create mass-shootings that are either orchestrated secretly and then carried-out, or if you really want to sip the crazy-juice are not even real shootings, it is all somehow actors and green-screens and CGI. I almost wish it were one big conspiracy, because that is in a way comforting. It would honestly make me feel a bit better to think this is part of some, "Master," plan and everything is being carefully plotted-out to happen in a precise manner with a bunch of false-flag operations. This would make me feel better because the honest truth is just so terrifying and depressing. 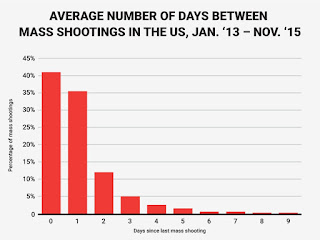 The real truth in all this is that there is no master plan, no secret plot, no super-powerful elites causing these mass shootings. The horrible fact is that it is all random. It is people who are hateful or otherwise disturbed who had all too easy a time getting access to deadly weaponry and being able to carry out a mass-shooting because our Nation refuses to do anything about these almost-daily tragedies. Politicians are in the pocket of the NRA or utterly spineless against a President who appeals to the worst instincts of a populace that voted for him. The fact there is no rhyme or reason to all of these shootings, that they just keep happening because they are simply able, is horrific. I wrote this a couple days ago after the El Paso and Dayton shootings and have finished editing it today. The sad thing is this could be posted almost any day of the week lately, America has such a gun violence problem. It's all just a conspiracy though to take away our guns though, right?
Posted by David Charles Bitterbaum at 5:00 PM