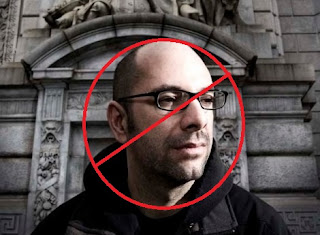 I feel like we've been talking about how Brian Wood is someone who preys upon women for years now. I feel that way because in fucking 2013 Tess Fowler came forward about Wood being sexually inappropriate with her yet the comic-book industry basically shrugged, told Fowler to shut-up, and carried on with giving Wood work. It is now 2019 and Laura Hudson is contributing her own story of Wood forcibly kissing her back when she was a much less-known name in comic's journalism and he knew she could preyed upon. Also, she has discussed how he then sent her extremely raunchy and inappropriate messages about how he wanted to have sex with her even though he was married and had a daughter.

Brian Wood deserves only scorn yet he keeps working in the comic-book industry on various books as if nothing big has happened. I need to admit my own faults here, I purposely avoided any books that Brian Wood wrote after the news broke but still picked-up and read his run on, "Moon Knight," that came after Warren Ellis because I love the character and generally buy and read anything with Moon Knight. If I could go back and time and not buy anything Wood has done however, I'd be more than willing to do so. 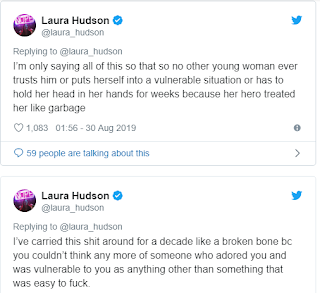 Much of the entertainment industry is finally talking about and dealing with all the predatory actions of people within it, and comic-books clearly need their own #MeToo moment between this, the mess that was Eddie Berganza's career at DC, and countless other incidents that I imagine were kept secret through threats and intimidation. Things need to change for the better, and predators shouldn't be able to just keep getting gigs doing comic-books whilst preying upon others thanks to their position of power.
Posted by David Charles Bitterbaum at 10:33 PM