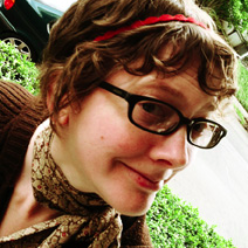 Colleen Coover is one of the first comic-makers I ever interviewed, before I even had this blog. More than five years ago but less than ten (yeah, I'm old), I spoke with Ms. Coover and was doing a huge project for a college Communication's Course where I discussed the portrayal of female sexuality in comic-books. I spoke with Ms. Coover about her comic, "Small Favors," and was honored she took the time to speak with me, a college kid trying to make a presentation and get a good grade (which I did, happily).

After our interview I continued to follow her works and when I reached out to Ms. Coover recently to see if she would like to do another interview--this time for my blog--I was pleased when she agreed to do so! We discussed her multitude of works and I think you'll enjoy reading our discussion whether you're already a big fan of hers or looking for another creators with great stuff to seek-out and read. 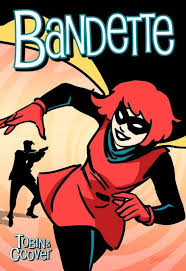 Hello Ms. Colleen Coover! Would you mind introducing yourself for any readers who may be unfamiliar with you?


Colleen Coover: I’m originally from Iowa, and now I live in Portland, Oregon. My first major project was the adult title Small Favors, which was followed up by the all-ages Banana Sunday, which was written by my husband Paul Tobin. I spent some years drawing fun superhero strips for Marvel, while working with Paul on the graphic novel Gingerbread Girl. For the past several years Paul and I have been creating the teen thief adventure Bandette, which received the Eisner award for best digital comic in 2013 and 2016.

Back when I was in college and before I even had started this blog I interviewed you for a school-project on the portrayal of female sexuality in comic-books. We talked at-length about, "Small Favors," which is one of the most sex-positive pornographic comics I've ever read. In fact, using the word, 'Pornographic," with all of its negative coronations feels a bit wrong. Would you mind sharing about how, "Small Favors," came to exist and what it was about? 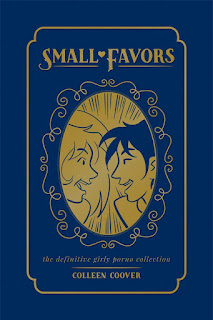 CC: Man, that’s simple. I just left out anything that might be a bummer. Most bummer feelings about sex come from shame, and none of the main characters in Small Favors are much burdened by shameful feelings (except in the fun “Oh, you’ve been naughty! You get a spanking!” sort of way.) And you know, no one is really mean, and no one is ever put into a situation where they’re uncomfortable. It’s very easy to be joyful when you live in a world where nothing bad happens and everyone is having delightful sex all the time.

I was excited to see that despite formerly being a part of Fantagraphic's Eros line and seeming to be hard-to-find and out-of-print that Oni Press is releasing a big hardcover collecting the entire series as part of their Limerence imprint. How did, "Small Favors," end-up with Oni and are you excited for its big reissue (I assume you are, but I wanted to ask)?

CC: I’ve been wanting to get Small Favors collected for some time, but the logistics of making it happen just weren’t falling into place until Limerence came asking. Their willingness to make it a nice hardcover, and to include the color special, was great, but it was really Limerence editor’s Ari Yarwood’s enthusiasm for the project that finally got the ball rolling. I’m very pleased with the way everything is turning out, especially the nice store display-friendly cover design by Hilary Thompson! 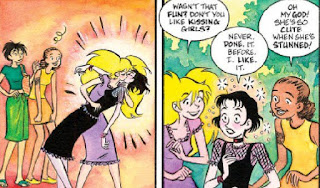 That’s fantastic to hear the color special will be included! Assuming the book is found by plenty of new fans as well as previous readers is there any possibility of new, “Small Favors,” stories from you via Limerence press or any other publisher in the future?

CC: That’s unlilkely. I have a great fondness for Small Favors, but I’m having a great time on my current series, Bandette, and when that comes to its eventual end, I’ll want to create something new.

You've collaborated with your husband, Paul Tobin, on a number of comic-projects. What is it like to work on a comic with someone who isn't just a work-partner, but also a life-partner?

CC: It’s pretty straightforward: Paul writes a very complete script, and I dive into the art after reading it through. Our roles are really very distinct; we work together in very much the same way we work with other collaborators. The real advantage with us is that Paul knows that when he writes a page that is challenging, I will take the challenge as an interesting storytelling puzzle until it works. 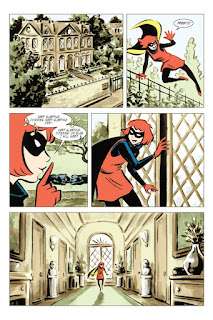 Speaking of these collaborations, one is the Eisner Award-winning, "Bandette," which comes out as a, "Digital-first," comic before then being collected in trade paperbacks. Would you mind sharing what, "Bandette," is about?

CC: It’s the amazing adventures of the world’s greatest thief, Bandette! She lives somewhere in France, a city that is not quite Paris, and steals art and chocolates and hearts. Bandette was conceived as a kind of Nancy Drew meets Modesty Blaze meets Raffles The Gentleman Thief, and I think we’ve achieved that, though there are a host of other influences we draw upon.

How is it different to do a comic that comes out in digital installments before being collected as opposed to working on something that is initially released in print?

CC: Mostly it’s the same because we release Bandette in comic book-like installments, but the practical advantages are where the differences really lie. We don’t have to worry about book length, printing schedules or costs, distribution or inventory. By partnering with Dark Horse for the reprints, we have a pretty ideal situation. 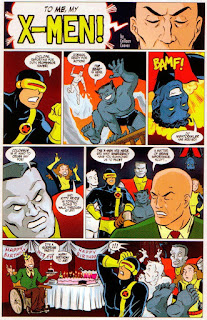 You've done work for, "Big," publishers such as Marvel and DC in addition to working on projects that you have created yourself. How is it different playing in someone else's metaphorical sandbox as opposed to working in your own?

CC: It can be very liberating creatively to work within the boundaries set by a publisher when you’re working with their property, which sounds counter-intuitive, but it’s true. If you know you can’t have Spider-Man do or say a certain thing, but that thing is the most direct way for your story to get from point A to point B, then you’re forced to find an interesting way to get around that and make your story work in a different way. That can be a fun challenge!

Are there characters/properties at Marvel, DC, or any other publisher you haven’t yet worked on but would like to?

CC: Once I did a Batgirl story in Batman ’66 with my frequent collaborator Jeff Parker, my bucket list was pretty well taken care of. I have been fortunate in my assignments from the big companies in that most of my projects have been out-of-continuity and not beholden to whatever event or crossover was happening at the time. Working within those kinds of strictures can be a fun challenge, but I’d rather just be able to play. 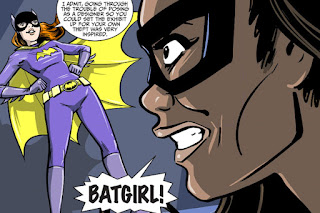 There have been comics you've done where you were solely the writer, solely the artist, and where you have been both (you also have done lettering as well). Would you mind describing how you adjust your creative process depending on what aspects of a story you're involved in creating be it strictly writing, art, or both?

CC: Every comics writer approaches scripts from a different angle: some write outlines, some go with a screenplay-like format. I tend to break a story down visually into boxes that each represent a page, with a one or two word indicator of what is happening on that page. Then I take each page and rough in panels with a one or two word indicator of what’s happening there. Then I write the script. For the most part I prefer to work with a writer, but every once in a while a story will pop into my head fully formed and I’ll go with it.

Who would you describe as your artistic influences (if you have any you would identify)?

CC: The most direct influences on my work have been Los Bros Hernandez and Milton Caniff, but I’ve up elements of pretty much every but of art and culture that appeals to me and make it a part of my style. Seriously, I could not begin to compile a complete list. 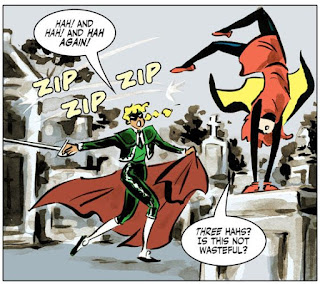 Are there any other upcoming projects or works you are doing that you can share about?

CC: As we write, I’m finishing up the 15th digital issue of Bandette, so that should be available soon on Comixology. Meanwhile, the first 13 issues are available in three hardcover volumes from Dark Horse. 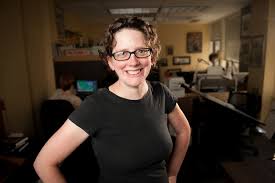 Many thanks to Colleen Coover for taking the time to speak with me and discuss her variety of awesome works! I encourage you to visit her website and buy her stuff!!
Posted by David Charles Bitterbaum at 10:38 AM