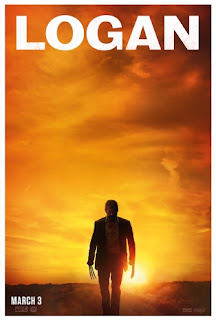 I literally was crying at the end of, "Logan," but it probably was because I saw the movie at just the right time in my life that certain parts hit extra hard. I have to basically spoil all the major aspects of the film to explain why so please either see, "Logan," before reading this, or understand I'm revealing all the major stuff.

I had planned a viewing of, "Logan," with some friends on Saturday, March 4th, 2017 long ago. Then on Friday February 24th, 2017 my wife, Samii, and I had to go to the hospital as her water broke earlier than it was supposed to. This resulted in us being relocated a number of times in the hospital as at first it was thought she may deliver, then they were going to keep her pregnant to assist with fetal development, then they were worried about infection risks and therefore induced labor. After being induced late in the day Monday, February 27th, 2017, our baby was born on February 28th, 2017, at 8:14 AM weighing 4 pound and 2.3 ounces. Having developed for only 30 weeks as opposed to the standard 40, he was 10 weeks early. We named him Clarkson Joseph Raymond Bitterbaum. He has two middle names, for both my grandfathers. 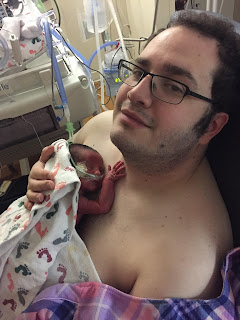 Having a premature baby results in a mixture of emotions. You're overjoyed to have your child be born, but panic-stricken at how he's way too early. Seeing him hooked-up to a number of machines in a Neonatal Intensive Care Unit (also called a NICU) makes you sad but also happy he is getting so much care. We were told premature babies don't gernerally cry when they are born as their lungs aren't always as developed, but my son cried a few seconds after he emerged. My son is strong. Even if he looks fragile the care from the hospital and love from my wife and I are sure to help him grow up happy and healthy. Still, he is in the NICU and can't come home with us until most likely mid-April at the earliest, but quite possibly not until later in April or early-May.

I had told my friends I wouldn't go to, "Logan," as a lot was going on earlier in the week. Samii thought I should go and do something fun however, so I took her advice and went. As the credits rolled I pulled out my phone and texted her that the movie was incredibly good, extremely violent, and had an ending that made me sob. I texted her, "I legit cried." 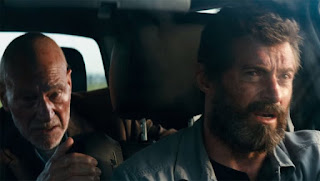 The movie, "Logan," is (obviously) about Wolverine AKA Logan. However it is also in a lot of ways about family. Logan is hiding an Alzheimer's-stricken Charles Xavier in Mexico while he struggles to eke out a living driving a limo in the hopes of saving-up enough money to live on a boat in the ocean with Professor X--far from all the people Charles inadvertently poses a threat to. It isn't discussed in too much detail, but clearly a year ago something awful happened as when you have a mind as powerful as Xavier's and can't control it, bad shit happens (as is also made clear in an amazingly intense scene featuring a, "Psychic Seizure," at a Las Vegas hotel). It's 2029 and no new mutants have been born/appeared in 25 years. The world hasn't ended as this isn't a post-apocalypse movie, but our globe clearly is a little shittier. There is rampant pollution, mass deportations (I'll resist the obvious Trump-joke) lots of crime, and basically besides more automated vehicles and slightly better phones everything is pretty fucked-yet-functional.

Logan is clearly dying, the Admantium in his body has quit being an asset and is slowly poisoning him, taxing his healing factor and making any wound ravage his body to a degree he previously wouldn't have faced. This is a Wolverine who has healing powers, but is by no means at all like his nigh-immortal past-self. Logan is dying, he's basically waiting for Professor X to die, and there is just so much sorrow.

Then a woman comes to Wolverine with a young girl named Laura and we learn a lab in Mexico being run by an evil corporation has been creating mutants with genetic engineering. Through taking the DNA of past mutants and splicing it as needed they made children they hoped to use as weapons. The children rebelled, and were either killed or escaped. This woman was a nurse there and Laura is a daughter of Wolverine. A young selectively-silent girl who never knew her true mother (its hinted any women who birthed these children were killed or paid-off), she may look harmless but is a killing machine. Logan is a Father, and he needs to get this daughter he didn't even know he had to safety. All the current children were X-23 and she is X-23-23, the 23rd child of what we can assume was the 23rd project. Cue a whole lot of violence.

Oh yeah, "Logan," is rated R and earns it handily. If the other X-Men movies tried to avoid being too gruesome and kept things a little light despite immense world-ending threats, this movie is bloody, depressing, and paradoxically feels more important despite the bad guy basically being an evil company as opposed to some Universe-destroying monster. There isn't any big victory to be won, just escape from misery. Right as things seem to let-up in the movie we meet the latest lab creation, X-24. The astonishing thing about X-24 is that he is Wolverine, a much younger, rage-filled Wolverine with no moral compass, just anger. Played by Hugh Jackman with what I imagine was a lot of expensive digital-rendering, X-24 looks how Hugh Jackman did back when he first started playing Logan. It is incredibly trippy. X-24 also murders Professor Xavier, which made me feel very sad but not like crying. That happened a bit later. 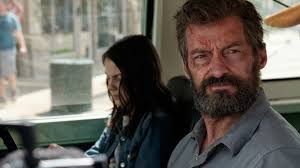 At the end of the movie Logan is able to help the kids escape,but is killed by the only thing it feels fitting for him to be done-in by--a younger version of himself. Laura kills X-24 with an Adamantium bullet Logan had been carrying around in case he decided to, "Blow my brains out," but by the time she does so it is too late. Logan is hurt beyond all repair and clearly dying. At this point in the movie all the scenes with them alternatively squabbling and bonding lead to her calling him, "Daddy," and not wanting him to die. Logan looks at her, and simply says, "So that's what that feels like," meaning he now feels the love a parent has a for a child right before he dies. He feels happy, accomplished, joyful. My eyes started welling-up. Then Logan dies, Laura yells, "Daddy," one more time and I lost it.

A scene like this probably wouldn't normally have made me cry as I've seen plenty of movies where characters die and other folk are sad about it. However, I saw this movie yesterday with a son who is less than a week old in the NICU, a person who has existed for a handful of days but whom I already love and would do anything for. I can't fight or heal like Wolverine, but Lord knows I would without a doubt go to any extreme to keep this little piece of me safe and happy. Logan died helping save his child and ensuring she would live a happy life. He did all he could for her, and in that moment, in this movie about people with superpowers fighting I felt like I understood this story better than I ever would have been able to if this film had come out even just a week earlier. 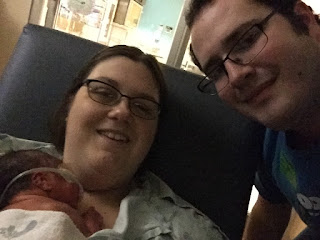 Clarkson obviously is not a mutant who can fight bad-guys and heal from any injury--he is much the opposite and needs extra care and love for a number of weeks as he works at developing the rest of his body to be ready to come home with his Mommy and Daddy. Despite all these clear differences between my life and this movie, something at its end really spoke to me, and that is why I cried so much despite not having cried at any movie since the first time I saw, "The Little Princess," during my elementary-school years (it's a long story and this post already is already lengthy so don't worry about the details).

I saw, "Logan," at just the right time for the reaction I had to it. It's a stellar movie in general, but the timing of my viewing it is without a doubt what caused all my waterworks as the credits rolled. A ton of credit for this needs to be given to Director James Mangold and Hugh Jackman for his amazing career-spanning performance as Wolverine that ends in what is possibly the best way possible, with the best X-related movie ever. ("Deadpool," is great too, but very different). Logan has lived a long life and deserves some rest, but my life as a parent is just beginning. I couldn't be more excited despite the stress surrounding the birth of my son and look forward to all the joys awaiting my wife and I. Clearly this movie easily gets...
5 out of 5 stars.

Oh, and there is no after-credits scene, there is a fun little short with Deadpool before the movie, but that's all. It makes sense as having a stinger after the credits of this movie would almost feel a little tacky.
Posted by David Charles Bitterbaum at 2:42 PM