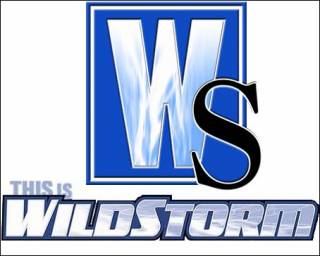 The Wildstorm comic-book imprint and its characters have had a fascinating history, going from an Image-based studio to its founder, Jim Lee, selling it to to DC (ironically enough putting it back into control of a work-for-hire company, the very thing he had initially rebelled against with his earlier defection from Marvel to Image). A lot of the Wildstorm-type books featured heroic characters that were analogues of other well-known powered individuals found at the big 2. The great thing about being like another property but not being that property is that it frees you up to get really crazy with stuff.

Warren Ellis had been writing for a good chunk of time the title, "Stormwatch," and eventually utterly destroyed the team in a cool cross-over with Dark Horse comics where the literal Aliens from, "Alien," killed a bunch of the team (also the last inter-company cross-over I can think of that is in-continuity with the, "Regular," universe of a comic). From the ashes of, "Stormwatch," Ellis gave us, "The Authority," and it was amazing.

A Big Budget Superhero Movie Before Those Existed 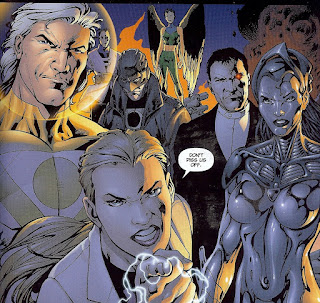 Nowadays when people talk about, "Widescreen comics," that, "Look like movies," a lot of folk discuss Mark Millar and Bryan Hitch's, "Ultimates," which arguably inspired much of the Marvel Cinematic Universe that continues to dominate the box-office. However, before that we actually had Warren Ellis and Hitch giving us the over-the-top action of, "The Authority." These comics with The Authority are basically the big budget super-hero movies we love today before such a thing even existed. They are a team of immense power that destroys a terrorist nation, obliterates half of an other dimensions' planet, and at the end of Ellis' short-ish run basically kills God.

The whole thing is bombastically illustrated and comes-off like zany fun but carries a dark undercurrent of asking if maybe these heroes are just a little too gun-ho to do all the things they are doing--a motif that quit being subtext and just became straight-up text when the writer on the book after Ellis--the aforementioned Mark Millar (basically prepping himself for the later, "Ultimates, "stuff) made it clear The Authority were arguably dangerous and then other folk had them literally overthrow the planet and take over Earth for a bit...before the Wildstorm Universe literally (I like that word a lot) was blown-up and then cancelled; things got weird toward the end.
"The Authority," under Ellis and his 12 issue-run was essentially super-hero stories at their purest (big action, exciting characters) with an additional postmodern wink about the characters and their actions. Speaking of postmodern, after the universe had started becoming a little less of a big-seller but before DC exploded its planet they decided to make a big deal out of Grant Morrison writing the title...and boy did it go horribly wrong. 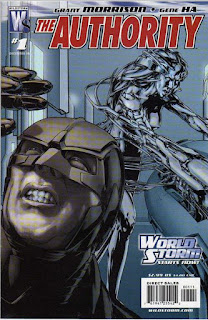 To much fanfare Morrison's take on, "The Authority," had its first issue released December 2006. In it, the Authority seem to have accidentally ended up in what might be the real world AKA the reality we currently are living in (Morrison does love breaking the fourth wall). The next issue was supposed to come out in two months. It took five. It continued the plot about the team's transport ship (The Carrier) dumping them in the wrong reality and how they needed to find a way home. Then, nothing.

Information seems spotty about just what exactly went wrong, but that was it for Grant Morrison's version of, "The Authority." It wasn't until a good deal of time later--2008--DC announced that writer Keith Giffen would be coming in to finish the story based on Morrison's script-drafts and his own ideas. In January of 2010 we finally kinda-sorta got the third issue, with the new title, "The Authority: The Lost Year," as the rest of the Wildstorm comics had moved-on with The Authority in those books so it had to basically be explained/retconned that this was a lost year they left reality and were missing. The comic went for a total of twelve issues (counting Morrison's first two) and while it is easy to forget with all the drama that surrounded the series, it is pretty good. 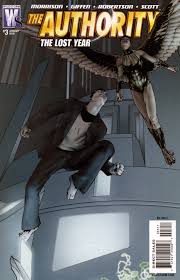 Giffen comes on the book, gets them out of a world that looks like our reality but actually features Cthulhu-esque monsters sucking everyone's energy on the planet, and the team proceeds to jump to other realities that are alternatively disturbing, funny, or illustrate the possible logical conclusion of their actions in their home reality (e.g. they become horrible dictators). Giffen has always been a solid writer and I don't envy him having to follow-up with the mess Morrison left him, but he makes it work--even as the art on the series varies between quite-pretty-to-absolutely-amateurish-and-ugly.

Barely Remembered
"The Authority: The Lost Year," is mostly a forgotten footnote at this point, with more people remembering the hubbub of Morrison starting and quitting the book as opposed to it eventually being finished. In fact, I was able to read the first volume thanks to my library but couldn't find the 2nd collection on sale anywhere. It had been officially solicited a long time ago and even had a barcode number, yet nobody had it in stock and the Saint Louis County and City libraries said it was impossible to order for some reason. I did a lot of digging and discovered that DC never actually printed it.

You read that right, they were going to release the second volume but orders were so low they just said, "Screw it, " and never did, which sounds crazy but happens with some of the comics out there. I was able to get the later issues thanks to eBay however and as I said earlier, they are pretty good fun. Still, how tragic is it to think a comic that was a huge deal--"Grant Morrison is writing, 'The Authority,' and everyone is so excited!"--ended-up as such a poorly-selling fiasco that DC didn't even care to collect the whole damn thing when it finished under Keith Giffen? Again, I give Giffen immense props for making Lemonade out of what wasn't lemons so much as shards of broken glass with some lemon chunks attached, but it is still sad.

Success Can Be Defined in Many Ways, Right? 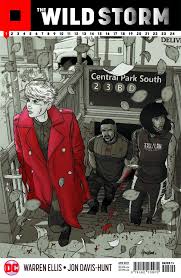 Warren Ellis gave us a juggernaut of a hit with his creation of, "The Authority," and Grant Morrison gave us a mess that I still feel is a bit of a charming misfire that thankfully was reasonably salvaged thanks to Keith Giffen. Interestingly enough, Ellis has actually kinda-sorta returned to these characters, with the recent launch of, "The Wild Storm," featuring new versions of many of these characters in a whole different reality, but with Ellis' signature skill and genius on display. I know success can be defined in many ways, and having someone who wrote a version of these characters coming back to them is clearly one example (I strongly doubt Morrison will ever return to this team), and what we got with Morrison (and later Giffen) arguably tried as hard as it could, but despite being a good read in the end honestly failed hard in the general scheme of things.

Riffing on the book's idea of alternate realities, I wonder if there is one just like ours but with the singular difference that Grant Morrison kept writing, "The Authority," and it was actually a really good book. I wouldn't mind visiting a universe a like this sometime, and afterwards checking out the one where doughnuts are somehow good for you. I've gotta have my priorities, after all.
Posted by David Charles Bitterbaum at 7:48 PM