Yes, It's That Good 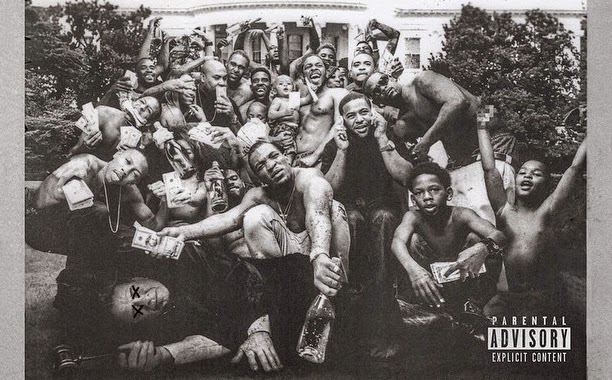 It only came out at the end of March, and already "To Pimp a Butterfly" is arguably the album of the year. Kendrick Lamar's sophomore album is so good, so solid, and so spectacular you would think it is the latest release from an artist who had been around for decades and had slowly been building to such a superb piece of musical-artwork. It is kind of funny as readers of the blog may recall that at the end of 2014 I bemoaned my lack of a, "Favorite" album that came out during the year, and here we are still relatively fresh (-ish) into 2015 and what I consider to album of the year is out and astonishing almost all who hear it.

From the initial song "Wesley's Theory" and its touching on topics such as race and taxes, to the concluding track "Mortal Man," this album truly has no song I dislike. Okay, maybe I get a bit tired of Kendrick constantly yelling, "Boo-Boo," on that 10th track, but other than that this CD/Record/iTunes file is pure dynamite. One thing I found fascinating is many tracks have Kendrick reading parts of a poem at the end of the song, with the following track touching upon a line from his poem. This continues until the end of the album where he finishes his poem and asks what the listener thinks, only for it to be revealed he is speaking with none other than Tupac Shakur. Through the magic of sound-editing we hear Kendrick carry on a conversation with the man he identities as his idol, and in most cases this would probably read as tacky or inappropriate, but considering how Kendrick has said Tupac is his inspiration and even has told the story of how he had a dream with the ghost of Tupac appearing before him, this feels more genius and touching than it does crass or exploitative.
The thing that sets this album apart from so much other rap coming out today is that isn't just about the stereotypical rap-concepts of money, women, drugs, etc. It touches on those subjects, but often in a way that is self-aware of the near-joke much of rap has become, with Kendrick stating on the song, "For Free? (Interlude)," how, "I need forty acres and a mule, not a forty ounce and a pitbull." Kendrick also exposes a vulnerable emotional side we usually don't get to see in hip-hop, discussing loneliness, desperation, and sadness in a way that it feels is rarely glimpsed in rap music. Plus the pure sonic-pleasure of the music, be it synthetic squeals and clicks or catchy jazz and funk instrumentals played on a brass instruments results in an album of not just amazing lyrics, but extremely satisfying music.

"To Pimp a Butterfly" may be the best 2nd album from an artist I've heard since OutKast dropped "ATLiens" back in 1996. Of course, I didn't hear ATLiens until I was older, but a clear example is there in how considering OutKast are my favorite band that it is as surprising as it is impressive to see someone so incredible on just their sophomore LP. Should you not have listened to "To Pimp a Butterfly" yet I would strongly encourage you to buy/stream it/borrow it as it is just a stellar piece of art that pleases your ears just as much as it stimulates your mind.
Posted by David Charles Bitterbaum at 6:52 PM