This Is Interesting: Oni Press Starts Open Submissions in May

You Want To Start a Career in Comics? Do you Like Pain?
For anyone who wants to, "Break," into the comic industry it can be quite hard. Unless you have an, "In," expecting to just send your art or story-pitch to a comic-publisher will most likely get it tossed in the trash for two major reasons:

1. The time needed to read all the submissions is too great.
2. If a company were to say they read pitches, and then made a comic that had your idea, you could theoretically sue them for stealing your concept/idea and not paying.

Now, Image is of course famous for taking pitches from anyone, although that doesn't too often get a person a comic-deal (we know of the exceptions such as the Luna Brothers and Jonathan Hickman because they are unique of catching Image's eye).

The thing also is, Image lets people own their intellectual property so the whole can of worms that Marvel or DC would face with someone yelling, "I submitted a story idea where Iron Man literally becomes made of Iron, and that just came out two years after I mailed in my story, give me the monies!" is not faced by Image. Otherwise though, unless you go-down the road of self-publishing, posting stuff online, or finding a comic-convention where they have slotted time for portfolio reviews....you're kind of SOL.

That makes the fact that Oni Press announced they will start taking open submissions as of May quite interesting. 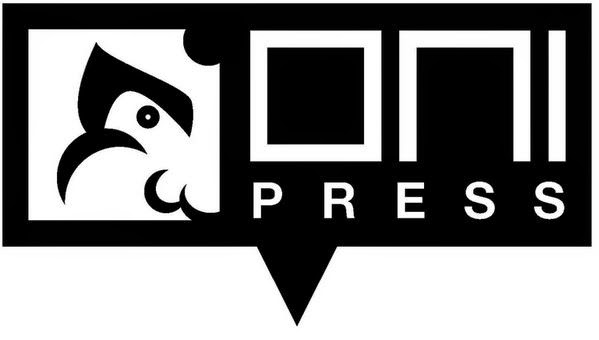 Oni Press puts out a variety of cool comics, with my recent review of "Kaijumax" showing one example of the interesting stuff they release. Back in the middle of March Oni Press made the surprising announcement they were going to accept submissions from writers and artists (and colorists too!) who just send stuff to them, a true blind submission. Well, its a bit different from the old days as they want you to email them the stuff, not send them a physical item, but you see what I mean.

There really isn't too much stuff they will automatically say, "Nuh-uh," too, besides stating outright, "No super-heroes, no trivialization of rape, and dear God, please no zombies," so as long as you have a truly original idea that you've always thought would make a superb comic, you could send it in.
Now, the thing about this that makes me wonder is how I think anything Oni would express interest in that you send them becomes their intellectual property--meaning they will help print your comic and pay you, but the rights now belong to them. Depending on how much of a sticking-point this is for people it might be something to keep in mind, because if you really do have a million-dollar comic in mind and Oni agrees to publish it, your million-dollar idea will quite possibly just net you enough money as if you had a thousand-dollar concept.

Still, should you not be able to self-publish, be against the idea of putting your comic online for free in hopes of getting attention, or just fancy giving-it-a-go of submitting to Oni Press, as of May 1st that will be an option for you. You can find all the details here.
Posted by David Charles Bitterbaum at 1:43 PM