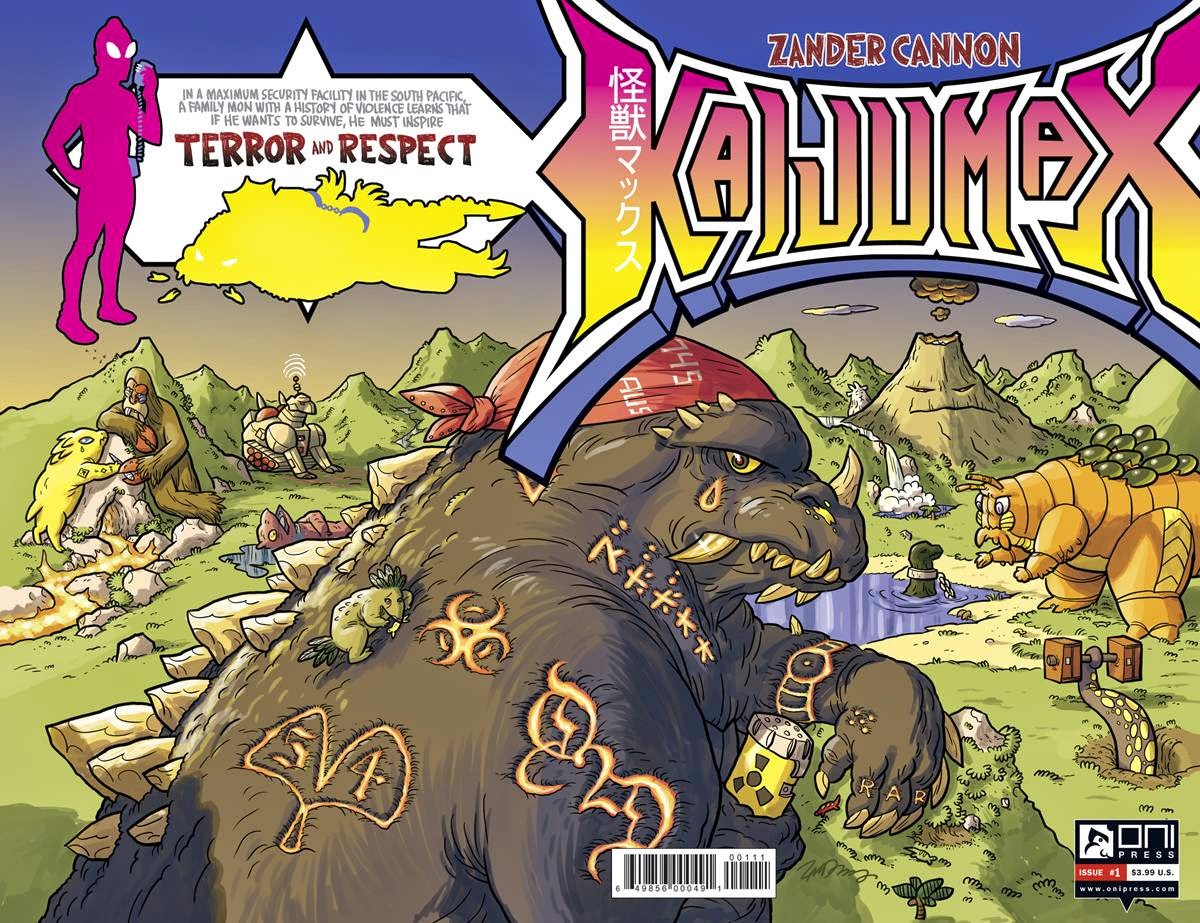 I saw "Kaijumax" described as, "Orange is the New Black meets Godzilla," and while that is a strange way to describe a comic, it actually is pretty accurate. "Kaijumax" is what you get if you mix a prison drama and monster movie, throw in a good dose of humor, and sprinkle in some real human drama (even if the main characters are not actually humans). Yes, publisher Oni Press has something quite snazzy in this title.

This issue focuses on a monster known as Electrogor who has been captured by humans and is being taken to a prison for his kind. We get hints about how this is a world where giant monsters and humans have an uneasy coexistence, but the vast majority of the issue takes place in the prison, with us only getting a glimpse of Electrogor's children who he wants to return to outside of his island penitentiary.

Creator Zander Cannon supplies a story that is great, and art that is cute but has a bit of pathos, with character's looking adorable, but then talking about stabbing other monsters, or getting quite bloody when a brawl breaks out. It makes for a comic that looks a bit like a Saturday-morning cartoon, but with bits of dark maturity that hit a reader all the harder thanks to the counter of bright and peppy artwork. 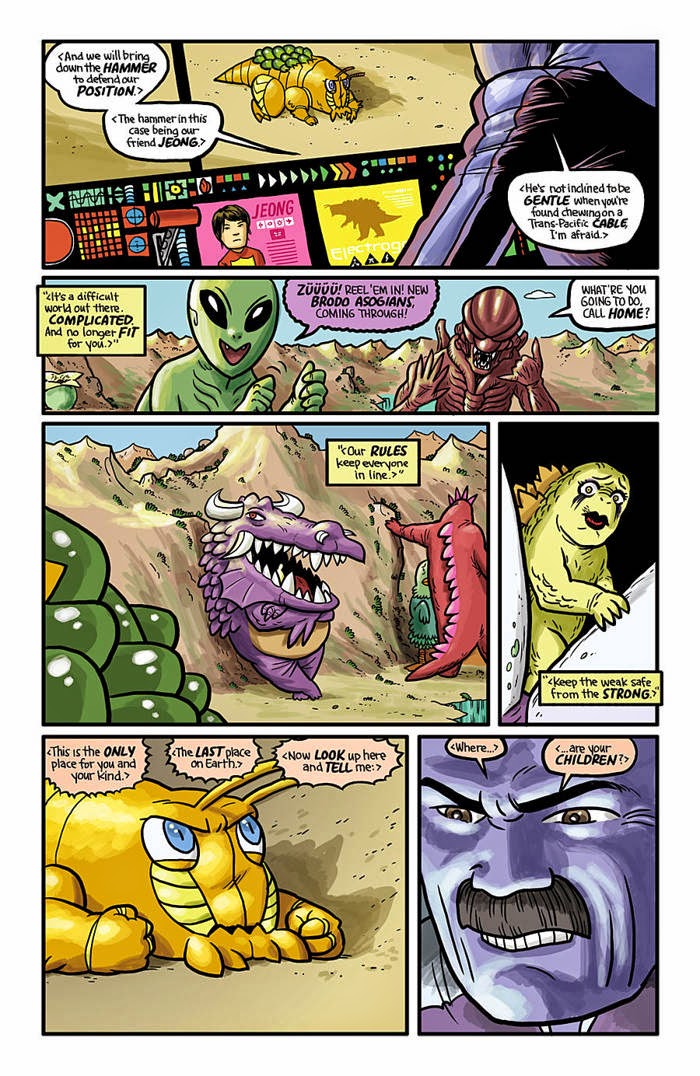 Much of this issue is spent explaining how the prison works, establishing why Electrogor wants to get out so badly, and displaying how the Warden is not someone to be trifled with. I especially like how the world-building is done expertly, with exposition being presented in a way that feels natural instead of as an info-dump.

Overall I think the first issue of "Kaijumax"does all the things a first issue should do. It establishes the world, plot, tone, and most importantly is enjoyable. I'd definitely recommend checking this comic out.
4.5 out of 5 stars.
Posted by David Charles Bitterbaum at 9:48 PM