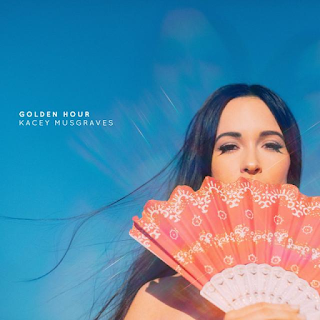 I have very wide-ranging tastes in music, loving everything from 1990's rap to weird undergroud rock, electronica, independent artists to big-names, etc. That said, I don't normally like new country-styled music much at all. I don't say that to try and sound like some kind of snob, I just find if I hear some old folk or country I am can get into it but a lot of today's supposedly, "Great," country music sounds warmed-over, watered-down, etc. Johnny Cash was a genius, Big & Rich ain't.

Then I saw a singer on two different occasions (once on, "The Today Show," and a few days later on, "Late Night with Stephen Colbert) who had these amazing, folk-and-country-styled songs that just sounded superb. As I don't know much about the genre I was unaware she'd been around for awhile, but upon hearing Kacey Musgraves singing, I'm a fan. 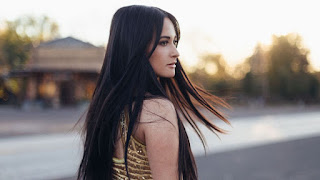 I'm not alone in greatly enjoying Musgraves new album, "Golden Hour," with plenty of people already labeling it as a classic or possibly already being album of the year. Whether its the quiet romance of album-opener, "Slow Burn," the sweet sensation of, "Butterflies,", optimistic observations of, "Love is a Wild Thing," the humorous mixed emotions of, "Happy and Sad," or the catchy-yet-longing, "Lonely Weekend," Musgraves can turn joy or depression into introspective and melody-packed tunes. I especially loved the aforementioned, "Slow Burn," as well as the song that matches the album's title, "Golden Hour," for how they make it feel like Musgraves is sitting there singing the songs just for you.

It's not all perfect, with, "Space Cowboy," feeling like its drags a bit even at only 3-and-a-half minutes and while, "High Horse," may be getting some play on the radio I actually personally think its the weakest and most, "Hey, I'm being commercial!"-type jam on the album. Still, there is plenty more good than bad, and even on the least-enjoyable pieces Musgrave's stellar voice and lyricism shine through. 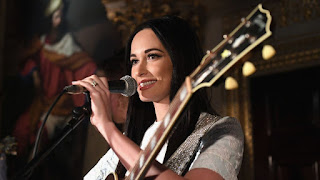 I didn't know that Musgraves has openly talked about decriminalizing cannabis and is a big proponent of LGBTQ rights, but the fact she's a nice and chill person in general just makes me like her all the more. "Golden Hour," is a majestic album and one of the best LPs I have heard so far this year from an individual artist (the awesome "Black Panther," album has Kendrick Lamar involved for much of it but is arguably a mixture of various musicians on the assorted soundtrack). It is thoughtful, inspired, and just plain listenable. Give it a spin/stream, you'll most likely love it too!
5 out of 5 stars.
Posted by David Charles Bitterbaum at 1:09 PM