This Guy Has Got Talent! 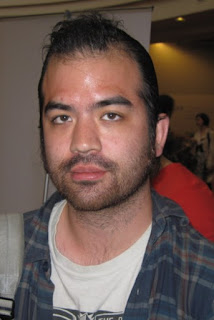 There are lots of comic-makers from Canada who are super-skilled. I love me some Jeff Lemire, for example, and Michael DeForge calls the Great White North his home as well, and is possibly one of the best cartoonists in the independent realm of comics at the moment. His comics are often surreal, dark, and a little bit funny. His latest book (published by Drawn and Quarterly) is actually a little less dark and quite humorous whilst still also having some of that trademark DeForge edge. What's the Book? 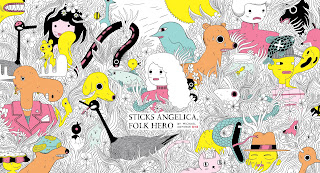 The title character Sticks Angelica has an almost ironic follow-up to her name as she is actually pretty unpleasant. That little running gag itself tells you a lot about this weird and quirky comic that features Sticks as she talks about her past life as an athlete and politician's daughter and how she fled it all for the peace and simple life of the forest. Thing's are actually pretty complex however, because all the animals have their own complicated personal lives and squabbles, full of gossip and drama. Plus, DeForge blurs some reality into fiction as two actual people appear as weird fictionalized versions of themselves, with Lisa Hanawalt as well as a version of DeForge himself playing a role in the story.

Throughout all the little events that occur in the story a clear portrait is painted of Sticks as someone who at first thinks highly of themselves and little of others, until slowly realizing she's simply just isolating herself from the small number of people or animals who can stand her abrasive and rude personality. This becomes especially apparent mid-way through the book when upon giving animals presents for a, "Secret Santa," program everyone expresses surprise at her giving gifts as it was thought she just hated everyone--a fact which upsets her to learn. 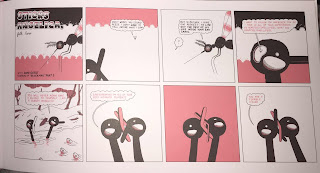 DeForge's writing and unique artistic style always give his stories a weird otherwordly feeling where it is perfectly normal for a moose to become a lawyer and an eel feels unrequited love for a rabbit. It is a quirky little book and really good. DeForge almost always, "Hits it out of the park," and he does that for sure with, "Sticks Angelica, Folk Hero" with it possibly being my favorite work by him to date.
5 out of 5 stars.
You can buy the book at Amazon, Things From Another World, Mycomicshop, or many other fine retailers.
Posted by David Charles Bitterbaum at 12:17 AM