Film Friday: Three Specific Types of Movies I Have a Soft Spot For

I Always Can't Explain Why, but I Really Enjoy Them 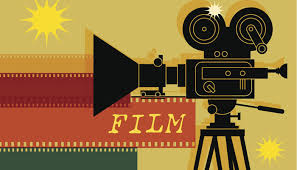 There are certain film genres/styles/types that I find myself being a big fan of. I can't always say why, but three very specific kinds in particular seem to always impress me and bring me joy. I shall discuss them now.

The Movie-Types
1980's Action and Horror Movies
This probably the most general of my three movie-types, but still has a lot that makes it kind of specified besides just the era. I mean, a lot of  today's action films and horror flicks leave me feeling cold because it is all either, "Torture-porn," as folk call it or lame jump-scares in haunted-houses supposedly, "Based on a True Story." That said, so many action and horror-movies from the 1980's were just incredible. Whether one of the myriad of master-pieces put out by John Carpenter ("The Thing," "Escape from New York," "The Fog,"), the stellar stuff James Cameron gave us ("The Terminator," "Aliens,") a movie about soldiers fighting a deadly otherworldly hunter ("Predator"), or simply the, "Rambo," films, there was a lot of awesome, scary, and action-filled stuff in the 1980's. Oh, and I didn't even mention, "The Shining," "The Fly," "Raiders of the Lost Ark," "Friday the 13th," "Robocop," "Die Hard,"  "Nightmare on Elm Street," and the list quite frankly just goes on and on.

Perhaps it was because back in these days there wasn't fancy CGI so everything had to be done with real explosions, amazing makeup, and tons of gross latex prosthetics, but the movies from the 1980's full of horror and/or action just felt so real and carried with them a sense of determination and grit to succeed which a lot of movies these days just seem to lack. We'll hear about a franchise before the first movie even comes out and have it promoted to death with all its CG and such, or hear about another PG-13 horror film that barely registers a pulse (no pun intended) compared to the gruesome and impressive works of the 1980's. These old movies had nothing guaranteed for them, but damn-it they made it work! Seeing as how we are now in 2016 it is kind of  logistically impossible for more 1980's films to be made due to the flow of time (which makes me sad) but thankfully there are still sometimes certain flicks that take the, "Vibe," of those good old movies and they give a similar experience ("The Raid: Redemption," being one good example). Still, even if no more 1980's action or horror movies can be made, there are plenty of superb ones.

Nearly Anything with Patrick Swayze 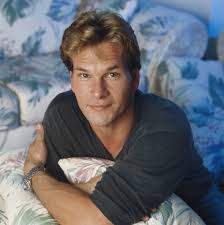 I always really liked films that featured Patrick Swayze, or even happened to have him in the cast. My favorite romance-movie ever is, "Ghost," everyone knows, "Road House, " and, "Dirty Dancing," are classics, and he lent some great gravitas to a very weird character in the phenomenal, "Donnie Darko," movie. I for real have trouble thinking of any movie I have seen him in that I disliked to any particular degree. How much of this is down to him being a solid actor and how much was his just ending-up in stellar films could be debated, but I just really like movies with Patrick Swayze and was sad when he passed from cancer as he seemed like a legitimately great and nice guy too. 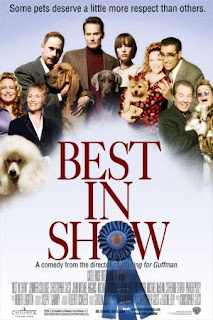 These weird little comedies basically grew into their own genre with various television shows having now dabbled in the format ("The Office," and, "Modern Family," to name two) but a number of movies have done it earlier and since with great skill. You of course have the team of folk who brought us such classics as, "This is Spinal Tap," "A Mighty Wind," and, "Best in Show," which featured much of the same cast and production crew, the darkly-hilarious, "Drop Dead Gorgeous," action-oriented fare such as, "District 9," which dabbled with the documentary-style,  and the absurdly funny (and distributing), "C.S.A.: The Confederate States of America," that illustrates what kind of surreal and horrible future could have awaited the United States if the Confederacy won the Civil War.

There is just something fascinating about this movies that are faking being, "Real," and in the process give us something so wild and fictional yet weirdly plausible it makes us think harder about our own reality. After all, the whole point of these mockumentaries is that they could happen/could have happened, even if we really hope they never do. Plus, it often helps many faux-documentaries are absolutely hilarious. Oh, and even though people think, "Borat," fits into this category I think it is more of a prank-movie considering how they tricked lots of people not, "In," on the joke, so while it is funny I would not count it here, as I've seen others debate regarding what genre of a film it is. 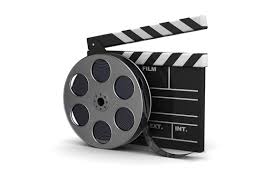 As you can see, my weird little niches of movies I particularly enjoy covers a wide spectrum of stuff yet also in some ways can be really particular in certain ways too. I bet you have quirks of loving certain oddly-specific things too and hope you enjoyed reading about mine. Now go watch some movies!