Well, this was a week for annoying new technology upgrades, wasn't it? Seriously though, in the exact same day we're told about a new iPhone and kinda-sorta new Playstation (Tuesday September 7th, before the week had even hit its hump). These are of course two completely different companies with two very different products, but the announcements made by each gave me a strong feeling of, "Your upgrades sound more unnecessary than useful." That may sound harsh, but let me explain 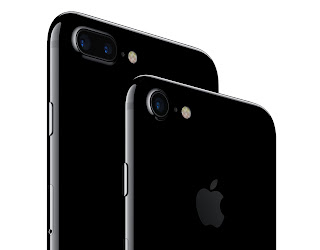 iPhone 7...sigh. Any other time a new iPhone has been announced by Apple I saw more excitement than anger. Even when the 30-prong cord was replaced with the Lightning one during the birth of the iPhone 5 I saw more people go, "Fine, it's still worth it," as opposed to complaining. When a new iPhone is announced the additions are supposed to be exciting. We get a bigger size, new features, Siri (who turned out to kind of suck, but stick with me), and etc. With this iPhone we got some water-resistance and an additional camera on the back where the two work as one (but only if you buy the absurdly-sized iPhone 7 Plus) that will make pictures look better, and then were told that our headphone-jack/AUX cords needed to go bye-bye because getting rid of them on this iPhone was a move that required,"Courage," and was therefore a brave thing to do. Also, because Apple is so full of "Courage," we get to be encouraged to purchase some wireless headphones that operate on Apple's own closed-system (but thankfully Apple didn't have so much, "Courage," as to completely eliminate Bluetooth functionality, as people rumored).

Wait though, if you still love your dinosaur-era headphones with cords you get a free hideous adapter for listening to music--hooray! Oh, but if you want to charge your phone while listening to music with those old headphones you need another adapter-part which costs 40 dollars and has inspired countless sex-related memes because it...well it looks as awkward as some really bad sex. It's all good though, because we've got two cameras on the back of the phone (again, if you pay even more money for the version that doesn't fit in your pocket) and now even it comes at the cost of a bunch of dongles that resemble a really bad orgy!
I think the new iPhone will still sell well, because people like new technology and iPhones, so even if we don't upgrade now, eventually Apple will bring us newer iPhones and it will come to the point where if you even want your phone supported by the company you'll need to at least have the oldest generation currently being supported, which will eventually be the the iPhone 7. This isn't a case of Apple giving us, "New Coke," until we protest and they bring, "Coke Classic," back. A more apt metaphor is that if we want to live in the house that Apple owns, we have to eat whatever it serves for dinner. For the past years our meals have always come with a side of AUX-port. However, now Apple has decided our meals will not come with that side. If we choose to complain Apple is going to tell us, "If you don't like what I'm serving feel free to live somewhere else. That free-for-all Android household is always welcoming people, or if you want to throw your life away you could go live in a run-down shack and cry yourself to sleep at night (e.g. owning a Windows phone)."

Apple is the kind of chef who serves up the meal it wants, and if you don't like it substitutions ain't allowed, you just gotta get the Hell out, and don't let the door hit your ass as you leave. It sounds harsh, but that is basically their mindset, and damn-it such a methodology has worked for them so far (I owned an Android phone but once I switched to Apple I never looked back, flaws and all). Frankly, the only thing more annoying than a company forcing us to upgrade like this is when one take a baby-step towards it with a seemingly useless upgrade that...oh, hey Sony!
Ahem, yes, that's right. The Playstation 4 Pro...sigh again. Seriously though, you expect me to be excited when you tell me you're putting out a new-ish console that will improve the graphics in some of my old and new games, but I don't have to own it to play those games, and that unless I have a really expensive kind of television I won't see much of an upgrade? I'll give Sony this, the pseudo-upgrade only costs $400--the same price as the original Playstation 4 when it launched--and they will be introducing a, "Slimmer," version of the original Playstation 4 at the price-point of $300, so kudos to them for reasonable pricing. That said, considering most people lack a fancy (read: 4K) television, and that every game coming out still will run on both regular Playstation 4 devices and PS4 Pros, this news sounds more like, "Sony is releasing a newer and cheaper PS4...oh, and slightly fancier one for a hundred bucks extra," than it does anything else. Also, I haven't mentioned how the PS4 Pro will apparently make Playstation VR games look extra better because it isn't even out yet and I have exactly zero interest in VR-gaming.

I've never been a, "Graphics whore." I'll play old console games that are nowadays considered ugly as sin, and because I have a weaker computer I'm used to playing PC games at lower (or even the lowest) settings. Therefore, this, "Upgraded," Playstation 4 matters little to me. That said, as soon as a single game comes out that is, "So advanced," it requires a PS4 Pro to even play I will throw a huge fit because of how Sony is promising such a thing won't occur. It probably will though, so I'll be on standby for when the time comes to scream and kick my feet whilst rolling around on the floor.

It's All a Pain
I don't know about you, but I'm quite perturbed by all this. I'm being told my headphones that have served humanity well for over a century need to be murdered by Apple and that my Playstation 4 games could look a smidgen prettier. As I said at the start, it was an annoying week. Now we just wait and see how it all works out (probably with a lot of people getting angry on the internet in manner similar to how I did).
Posted by David Charles Bitterbaum at 10:04 PM