Start-of-September Links and Things and Interest

Start of the Month?

I often will post a list of interesting links and such at the end of a month. This time I'm switching thangs up and shall do a post now at the start of the month! Heck, if enough things of interest occur in September I could always do another one of these at the month's conclusion.

Stuff to Look At
•Kanye West was given a chunk of time to talk about whatever he wanted at the VMAs, and did his usual thing of ranting about various subjects that some people hate but I find endearing. The more noteworthy action he did however was unveil an extremely risque and borderline not-safe-for-work music video for, "Fade." As a big fan of Jennifer Beals I appreciate the, "Flashdance," homage-vibe in the video, and as someone attracted to women I can appreciate a barely-clothed Teyana Taylor dancing around as well. The question everyone has with the video's conclusion however is generally, "What is up with that weird cat-face prosthetic at the end?" In a recent interview with the video's director he hints that it is a sign of more weirdness to come. I can dig it.

•When it comes to philosophy one classic question is the, "Trolley/Train Problem," wherein a person has to decide whether to not touch a button an let a trolley hit and kill five people, or press a button to switch the tracks and thereby be responsible for the death of one person standing on the other side. It explores concepts of consequentialism, utilitarianism, and other big words. This article with a video about how a two year-old handles the moral dilemma when it is illustrated to him via his toys is hilarious and promotes an answer I had never considered. 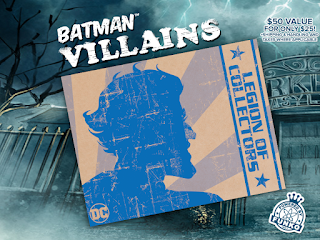 •I haven't been getting the, "Legion of Collectors," box, put out by DC because I only have so much money, but the announcement that the next one coming out will feature Batman villains has me seriously considering trying out the subscription box, even if only for that month. I'll dig in my couch-cushions in the hopes of finding enough extra-scratch.

•Speaking of DC, the only comic from them which I am currently reading is, "Deathstroke." That is completely down to my love of the skillful writer (Christopher Priest) as my knowledge regarding Slade Wilson (the character's real name) is pretty minimal. That said, this article breaks down pretty well by Wilson could be argued to be a good character when written-well, and Priest definitely is doing just that. 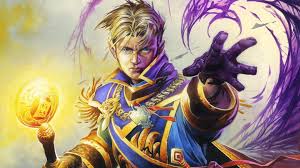 •I continue to play, "Hearthstone," off-and-on, having built-up enough gold over time I can get the new cards in expansions without spending any real cash. The latest, "One Night in Karazhan," is fun, but as many people have pointed out, it keeps the Priest class as arguably the worst one to play a match as. I always liked playing the Priest, but lately it is a chore unless you either play with a ton of dragon-themed cards or do something crazy like trying to make a mill-style deck.

•This supercut featuring the cast of SNL, "Breaking," in the middle of sketches is awesome. It is always a hoot when that happens on the show. 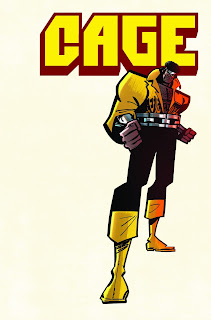 •There are some very legitimate concerns regarding Marvel's new out-of-continuity, "Luke Cage," series that has been long-delayed and gives off an uncomfortably ignorant vibe about race. I wouldn't say it is purposely racist, but would agree with the headline that it is playing on negative stereotypes. That said, I do love the classic-look outfit no matter what.

•Also Marvel-related is how they are continuing to try and convince me/everyone that I like the Inhumans by tying them in with their X-Men whilst at the same time arguably stomping all over their mutant characters. How fun? 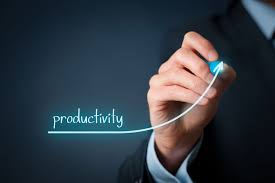 •I'm always a fan of productivity and note-taking apps. Therefore, the fact that I already use some of the ones on this list of programs for iPhones and Android-products makes me think it is a pretty solid showcase. I always like having things to assist with planning and streamlining life as best as I can. Yes, I'm a little obsessive.

•Lastly, I already have written about how I loved Andre 3000's verse on Frank Ocean's new album, "Blonde." I did not touch upon once subject that bears some interesting discussion, and that is how Frank Ocean is continuing to redefine, "Queerness," within the popular-culture space simply by being himself--and not being afraid to do so.

Information Ingested
I hope you enjoyed consuming this information. I would wish that if it doesn't fulfill your daily nutritional requirement of information it at least helped somewhat with your need to acquire some learning about the world.
Posted by David Charles Bitterbaum at 11:22 AM