A Lot of Talk About Captain America Lately AKA Hydra, #Givecaptainamericaaboyfriend, and Platonic Love

There has been a lot of talk about the Steve Rogers version of Captain America lately. Nick Spencer, is a writer whose work I find to either be incredibly good or inexplicably God-awful (I talked about this long ago, actually, before Spencer absolutely killed it on, "Superior Foes of Spider-Man,") with little variation between. Apparently because people on the internet are dicks, Spencer has been getting death-threats for simply doing a new story about Captain America where it is revealed he is somehow a deep-cover Hydra Agent.

Putting aside how that basically makes little-to-no sense with the history of the character, and that I figure there is some other twist coming revealing how this is a clone/he's still a good-guy triple-agent or something, it is a moderately interesting (and extremely silly) idea. I mean, this gets press attention and makes people freak-out, but the kind of freaking-out where they go and buy the book to learn more, so kudos to Marvel for all the money they'll make off of this. 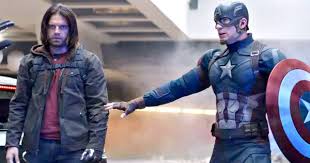 The other thing involving Steve that has set the internet ablaze is the idea that people want him to have a boyfriend for...some reason? Known on twitter as #Givecaptainamericaaboyfriend, I honestly am all for our comic characters being whatever sexual orientation their creators want, but I don't see the point in making Captain America gay or bisexual for any reason other than media attention or fan-fiction. The comics have never had a gay subtext, the character has always expressed interest in women, and it just seems forced.

I mean, these are fictional characters, so we can really do whatever we want with them, but even fiction needs to have logic. The reveal of Iceman being gay has some history and clarity to it and makes more sense than just going, "Hey, let's give Steve Rogers a boyfriend!" I mean, you could always introduce a gay Steve Rogers from another reality, or if you do a re-boot make Steve Rogers gay, but as it stands now with the character we currently have within the comics, it just would appear to be a purely cynical move to, "Break the internet," so-to-speak. 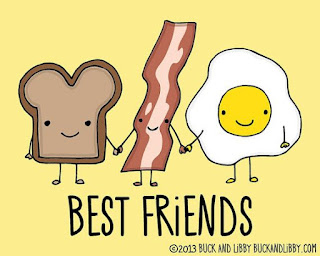 Plus, one thing that bugs me about the idea of #Givecaptainamericaaboyfriend is that it often involves Steve Rogers and his best friend Bucky/The Winter Soldier. I feel that by making them a gay couple it furthers the stereotype that two heterosexual men can't just be really close friends without a sexual aspect. The media often shows straight women who are very close friends, but as soon as two men express a great degree of care or fondness for each other it is considered, "Gay." By letting Steve Rogers and Bucky simply be two straight men who love each other in a platonic way that actually is more progressive than just going and stating, "They're gay now!"

That basically has been what kind of week we've had in regards to Captain America. There has been controversy over the idea of Steve Rogers being a terrorist, people protesting for and against the idea of him having a boyfriend (in the form of Bucky) and meanwhile DC is going, "Hey, you know we're doing another huge re-launch right? Please pay attention to us!" What cracks me up about all this is that if somehow Marvel were to give Steve Rogers a boyfriend I personally feel it shouldn't be Bucky. No, it should be someone he met after thawing-out of the ice who helped him acclimate to the new world. Someone who has different interests but still enjoys Steve's company. A person whom Steve has had many arguments with but in the end still considers a best friend and shares a close currently-platonic love with...

Yeah, if anything Captain America's boyfriend should be Tony Stark/Iron Man. That's just my thought though.
Posted by David Charles Bitterbaum at 2:19 PM