In, "Stranger Things," Lawsuit News, Somebody Got Paid (I Bet) 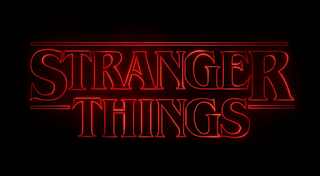 I don't watch, "Stranger Things." When I clear-out my Netflix que some of many other programs awaiting my time I might get to it, but I've not yet seen it. I'm not saying this shamefully or to brag--in the same manner I hate people who only talk about how much they love some show I despise people who like to state, "I'm in the 1% of the population that doesn't watch this show, I'm special!" I am merely saying I don't watch, "Stranger Things," to make it clear I lacked strong feelings on a big lawsuit regarding the series that had some fans really concerned/angry. I followed this case as it was really zany and its final conclusion is weird as well. You see, a man named Charles Kessler had a lawsuit against the Duffer brothers ("Stranger Things," showrunners) and Netflix. He claimed that years previously he had shown the Duffer bros his script for a show about a secret government facility in a small town that dealt with wacky sci-fi stuff. Then, years later the Duffers went and made that show, "Stranger Things," with no credit to Kessler. This resulted in a meaty lawsuit.

Now, it can be hard to prove this kind of stuff (plagiarism isn't always as obvious as a copied term paper), but enough evidence was present it looked like Kessler could have a case. There was a paper trail of his project and it being shown to people (including, apparently, the Duffers). Also, his script was titled, "Montauk," and guess what the working-title for, "Stranger Things,"was early in development? Yep, "Montauk." Despite numerous attempts by the Duffers and Netflix to get the case dismissed it was set to go to court in a number of days and you know plenty of risk existed that upcoming seasons could have to get plot points spoiled to argue how the show was different from Kessler's script. Then, yesterday, he suddenly dropped the case. This leads me to one conclusion: Somebody got paid.

Kessler released this statement about why he had suddenly decided to drop his case against Netflix after a good year of fighting to get it to court, "After hearing the deposition testimony this week of the legal expert I hired, it is now apparent to me that, whatever I may have believed in the past, my work had nothing to do with the creation of. 'Stranger Things.' Documents from 2010 and 2013 prove that the Duffers independently created their show. As a result, I have withdrawn my claim and I will be making no further comment on this matter." I'm betting he doesn't need to make any further comments because he's too busy bathing in the money he's been promised to make this case go away. That, or maybe he got a sweet deal to get a different movie/television show he was working on made with some helpful Netflix funding as long as everyone casually winked at each other when he said he'd drop the case and Netflix then for completely unrelated reasons ordered a series-pilot from him.

This is not unheard of in the entertainment industry. When a big company sees a threat to lose billions they decide to settle for millions. Recall how long things dragged on between Marvel and the estate of Jack Kirby regarding ownership of characters he worked on? If so, you probably also recall that once there was the slightest hint Marvel could go to court and potentially lose that they then settled for an undisclosed amount that could have very well been a billion dollars (a billion to save trillions when you're Marvel/Disney, I suppose). As I said at the start of this article, I have no dog in this fight as someone who has yet to watch, "Stranger Things," but I have found the whole case fascinating in just how many twists-and-turns it has had--apparently a lot like the show that was being argued over.

I only hope that with this sudden resolution of the case being dropped Charles Kessler is happy with whatever money/deal I'm assuming he got and the Duffer brothers can breathe a sigh of relief knowing their show's secrets are safe. Whether Kessler actually was ripped off or if the Duffer brothers can claim full credit for making, "Stranger Things," now apparently is officially resolved, regardless of if in truth it was their wholly original idea or they drew some inspiration from others. At the end of the day I'm assuming there was enough money to turn the truth into, "The truth," with big ol' quotation marks to leave us wondering.