Facts About The Horrific Mass-Murder in New Zealand and Extremism 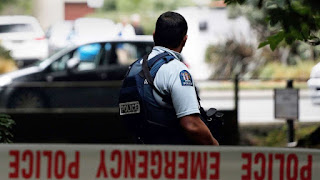 I often have discussed on this blog my opinion that Donald Trump and his horrific views has tainted much of America and the world. That is an opinion, of course. Therefore, in the interest of only stating truths, I now will list some facts about the terrible mass-murder in New Zealand...

Those are the facts, I encourage you to form your own opinion based upon them. I know what I think.
Posted by David Charles Bitterbaum at 4:33 PM