The Debut of The Hot Comics Revue!

The Hot Comics Revue Has Its Debut! 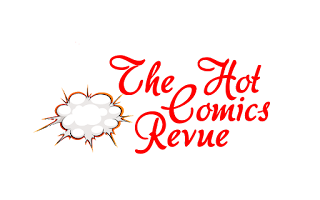 I am of course friends with the great folk over at Comics Heating Up. My chums there often will discuss comics that they can see possibly heating up (speculation, as it is called). With the blessing of CHU's founder, Tony, I have my own segment "The Hot Comics Revue," which looks at recent-ish releases and covers what is warming-up, red-hot, and has the potential to get steamy. If you're looking for advice on upcoming comics to possibly buy I would for sure recommend visiting CHU, and if you'd like discussion of what has been released read on for the first-ever edition of this new segment!

Books That Are Warming-Up 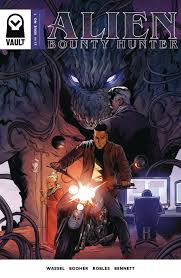 Alien Bounty Hunter #1
This first issue is from the newer publisher Vault and already has Mark Wahlberg attached as a producer for a tentative movie. As this is past the, "Maybe-getting-optioned," stage and instead has Marky-Marky clearly determined to make it into a flick this baby is starting to warm-up, with the first issue already selling-out at Diamond and a second-printing on the way. Assuming a movie does get made--and if it is good--this puppy could keep getting warmer and warmer. Copies of the first issue are actually still available at Things From Another World and MyComicShop or eBay are great to use as well. 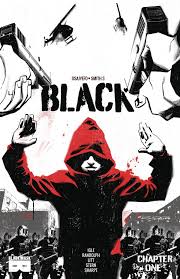 Black #1-#6
"Black," is a book that had a highly successful Kickstarter and went on to be published by Black Mask Comics. It takes place in a world where only a small percentage of people have super-powers, and they also are always black individuals. The six-issue mini-series (which just concluded) explores race, super-powers, and was a title I recognized when discussing my favorite reads of 2016. It was just optioned so expect the value of these books to skyrocket if a film is made! You can currently pre-order the trade at Things From Another World  to enjoy reading or find individual issues on eBay and MyComicShop.

Books That Are Currently Red-Hot 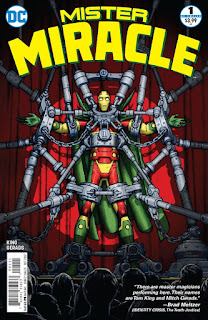 Mister Miracle #1
Tom King is a stellar writer whose 12-issue series have been great reads. He of course did, "The Omega Men," and, "The Vision," which now brings us to, "Mister Miracle." This puppy has sold-out everywhere and already is going for triple cover-price on eBay after having come out just this week. "Mister Miracle," is a runaway hit and clearly on fire! Should you want a copy be prepared to check MyComicShop or the aforementioned eBay and expect to already pay well above cover. 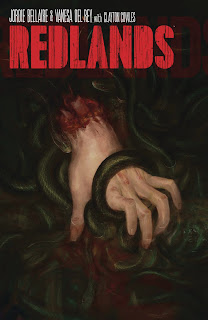 Redlands #1
A hot new horror title from Image, a second-printing was announced the day of this comic's release. A retailer appreciation variant was made too and is worth picking-up if you can locate it. As this title is hard to find your best bet is eBay or MyComicShop should your local shop not have it in stock. 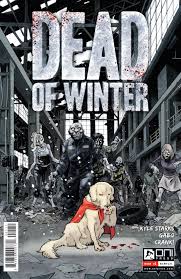 Dead of Winter #1
This comic actually draws from the popular tabletop game of the same name which looked really fun when I read some details about playing it. I've seen theorizing that as fans of the game learn about the comic it will become more and more sought-after, so this is a possible slow-burn. Grab a copy on eBay or MyComicShop and sit on it for a bit till the smoke starts forming, so-to-speak. 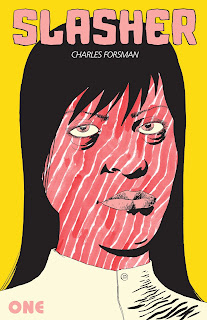 Slasher (The Series So Far)
This could be a long-shot, but I have an inkling about this title. Written and drawn by Charles Forsman, one of his earlier works, "The End of the Fucking World," has been made into a television show that will air in Canada and be available worldwide via Netflix. It has been getting some buzz and that makes me wonder if his current comic--this fascinating series titled, "Slasher," might start looking attractive to T.V. or movie studios with its weird mixture of sex, violence, and pathos. I personally would love a show based on this fantastic comic after reading what has come out so far and if such a thing gets made I could see this series really heating-up. There are a lot of, "If's," here, but I just have a feeling mixed with a hope that this baby gets popular if for no other reason than it is really worth reading. Issues can be found at Things From Another World, on MyComicShop, or of course via eBay.
Posted by David Charles Bitterbaum at 7:14 PM