Okay, We REALLY Need to Talk About Marvel, Their Cover-Ordering Scheme Specifically

It Has to Stop, Seriously 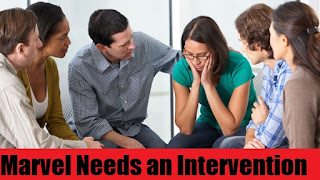 Previously, I discussed how we needed to talk about Marvel and its Marvel Legacy plan, which--if we're being generous--looks like a huge fucking mess--and again, I'm being generous. Randomly switching to numbering that doesn't make sense mid-storyline with the same creative team on your books isn't any kind of cool relaunch, it just is confusing, frankly. The saving-grace for stores having to put-up with this shit of course was to be the lenticular covers e.g. shiny covers where the image changes when you move it around. Then, Marvel went and decided to screw retailers really good.

Things can get pretty technical in discussing why Marvel is giving retailers a bad deal, and I would recommend this piece by store-owner and journalist Brian Hibbs that breaks things down expertly. I can attempt to summarize why this is so bad too, however.

Step-By-Step Discussion of Why This Sucks 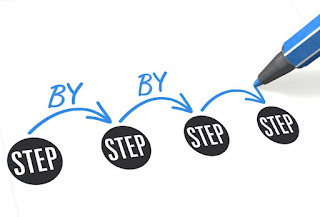 1. Stores order comics through a method known as the Direct Market which means they get a really big discount on the comics they order (a bit more than half-off the usual retail price) with the agreement they can't return books if they fail to sell--a store is just stuck with them to throw in dollar bins, use for kindling, etc.

5. "But wait," you may be saying, "Stores get that big Direct Market discount so that helps a bit, right?" Well, Marvel is twisting a knife in retailers wounds by not offering lenticular covers at as big of a discount. Normally you might get more than half-off the books so that you can turn a profit, but with all the, "Legacy," lenticular covers it seems like a flat 50% off--exactly half.

6. You are now a retailer who has ordered double what you normally buy and expect to sell of, "Iron Man," plus you've spent additional money on lenticular covers, and those covers aren't at much of a discount. That's a pretty bad deal.

7. Now picture this shit deal occurring on 50+ comics and try to calculate just how much in the hole stores will have to go in order to buy lenticular covers.

Marvel is Playing a Dangerous Game 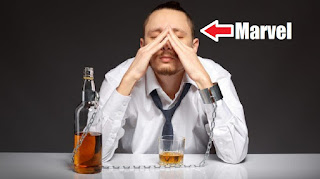 As those steps indicate, stores are either going to have to take a big bet on, "Marvel Legacy," being some kind of immense hit with a bunch of new people buying the books, or they will have to order a bunch of stock they can't sell and list the lenticular covers they had to jump through countless hoops to buy for well over the normal sticker-price to recoup any profit. Plenty of stores have openly discussed how they won't be ordering enough books to get lenticular covers, as that would mean risking huge amounts of money and potentially going-under. Other stores haven't declared that they'll be skipping-out on lenticular books but may still choose to opt-out. I have spoken with comic stores that aren't releasing a big statement shaming Marvel, but if customers ask have informed them that while, "Marvel Legacy," books can of course be ordered, lenticular covers can't be as they will be unable to meet the minimum requirement--unless a customer wants to volunteer to buy those extra 10 copies of, "Iron Man," of course.

Marvel is playing a dangerous game here, folks. In an effort to be able to declare that, "Legacy," is some kind of sales hit they are daring stores to recklessly inflate their ordering so as to be allowed to get the popular lenticular covers. Marvel is acting like an addict who thinks it can just abuse stores in order to get its fix of declaring event-success, and while you would think Secret Empire was the company hitting rock-bottom, clearly it can still fall. Nobody wants Marvel comics to utterly and unquestionably fail as that would hurt the comic-book industry from other publishers to retailers. "Legacy," isn't the answer though, it is Marvel thinking that, "One more hit," of absurd marketing gimmicks can't hurt, even though Marvel is doing damage to the very people it relies on most--retailers who sell its books. Everything could work-out fine and maybe, "Marvel Legacy," won't confuse people with its random renumbering, lack of clear story-direction, and God-awful lenticular ordering-scheme. I'm worried that it won't, though. Very, very worried.
Posted by David Charles Bitterbaum at 11:14 AM