NYCC Thoughts and Observations Based on What I've Heard/Read

New York Comic-Con has come and gone. I would love to get to it some year but for now I can just observe all the news that occurred and comment on it, as I am wont to do. 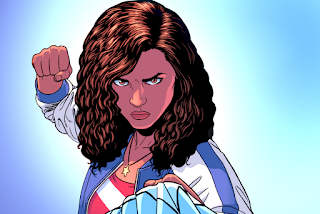 First some good news about Marvel, Miss America is getting her own series and it is about fucking time. I've been a fan of hers since she debuted in often-overlooked gem, "Vengeance," that Joe Casey did a great job writing and Nick Dragotta illustrated wonderfully. It is worth pointing out that the original creators are making their own pseudo-continuation featuring a character a lot like her so it is funny how it almost seems like Marvel is now ripping-off Image.

Some less-pleasing stuff in relation to Marvel occurred too; I always have been a big fan of Peter David (especially his  more recent Marvel work) but he really made an ass of himself at a panel where he insulted Romani/gypsy individuals. Axel Alonso also said how he was, "The furthest thing from an SJW [Social Justice Warrior]," using the phrase in a manner that is insulting and which even in context as this link from Bleeding Cool presents, rubs me the wrong way. Note that both of those links are Bleeding Cool and they seem very supportive of the creators. I guess Rich Johnson is trying to suck-up to Marvel after pissing them off. Other websites have pointed out that Peter David is looking pretty hateful, which sucks as I've loved much of his work and had a lot of respect for him. But wait, right before I posted this I saw that Peter David has full-on apologized and admitted he feels ashamed of himself. Can we find it in our hearts to forgive him? Maybe if he makes some more good comics with Madrox and X-Factor?

The folk at Saint Louis-based publisher Lion Forge have been quite busy between acquiring Magnetic Press and now announcing they will be launching a younger-readers imprint known as Cubhouse! 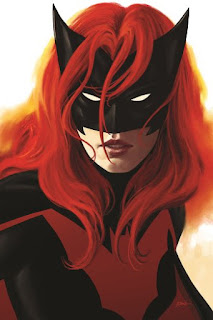 Batwoman will be getting her own solo book again. Most stuff featuring her I've ever read tends to be at least good and often great (thanks to some stellar creative teams) so this is cool news, especially with some great creators involved such as Marguerite Bennett on writing and art by Steve Epting.

I'm excited for the really cool-looking new show, "Legion," being made in a partnership with Marvel and Fox. I'm not that pumped that it actually ties-in with the X-Men movies, with David being Xavier's son. I would kind of prefer it is just completely separate.

The chances of, "Hellboy 3," ever happening continue to sadly disappear.

I like a lot of the stuff that comes out from BOOM! Studios and their panel sounds like it was cool, even if Frank Cho had to throw a fit.

Another panel that sounds like it was great? The, "Race and Sexuality," one with such great guests as Ta-Nehisi Coates, Steve Orlando, Roxane Gay, and more.

Black Mask will be publishing more interesting-looking books, including a 2nd volume of, "Space Riders," so that's good news. 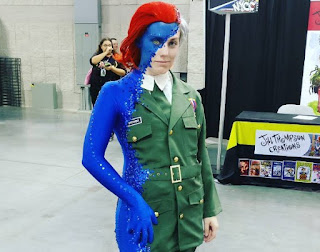 NYCC of course had some amazing cosplay.

Frank Miller surprised people by signing comics for a very-costly $40, but all of it went to the honorable Hero Initiative, so that is admittedly a nice thing he did even though he's caused a lot of controversy in the recent years with some of his political comments. 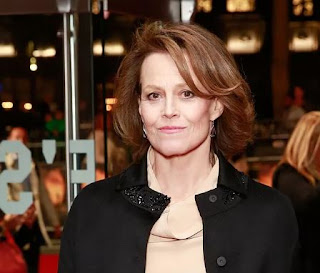 Hearing that Sigourney Weaver will be the, "Big bad," for the Netflix, "Defenders," series is awesomesauce, as the kids say.

Apparently footage was shown of such films as, "John Wick 2," and the latest, "Power Rangers," reboot. I feel more comfortable getting excited for the former than the latter, at this moment in time.

Dark Horse will be putting-out more books involving, "Alien," as they have been doing for quite some time now. The handful of comics I've read with the infamous Xenomorphs weren't bad.

Good Times
That's what I found notable about NYCC. I hope anyone who attended had lots of fun!
Posted by David Charles Bitterbaum at 5:10 PM