Early in the Month Again?
I know what you're thinking, "David normally does links at the end of a month, then he went and did some at the start of September before also choosing to post them earlier again in October!" Actually, you probably aren't thinking that as I bet you have little care as to when I post my links as long as I occasionally put-up interesting ones. Now then, here are some links. 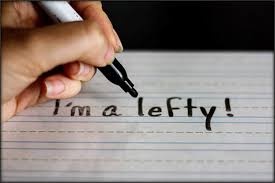 I'm left-handed and we are slightly rare (1-in-10 people). This article discusses the question of why and how there still isn't really a good answer.

Don't tell my Sister-in-Law, but she is probably getting this card-game version of, "The Oregon Trail," in her Christmas stocking because it is the kind of thing she would love.

It was announced Warren Ellis is heavily involved (the word, "Curating," was used) in a DC re-launch of their Wildstorm books. Whether this means Wildstorm will become its own comic-Universe again, or how this impact current books utilizing the characters remains to be seen as more details are released. 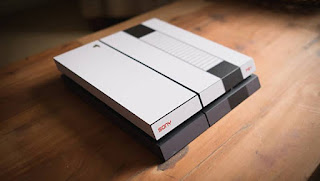 Just because there is a technology start-up that doesn't mean it has to burn through a ton of cash and then either make it big or burn out in a spectacular crash. It can also grow slowly, steadily, and expertly, as this article on Mailchimp discusses.

As a big fan of Benjamin Marra I am excited to pick up a book collecting an assortment of his out-of-print and harder to find works. That this book has the best title ever considering his artwork and subject matter, "American Blood,"only makes things all the better.

World War I is not as often discussed as more recent wars, but has a lot of fascinating historical value. This article about how the introduction of tanks in WWI changed the battlefield is one example of how this war that is sometimes over-looked in popular culture deserves further discussion--and here's hoping, "Battlefield 1," is both a good game and encourages people to research the past further.

Is pornography turning us into mindless sex-zombies unable to be aroused by simple real-life sex due to the kind of wild things found online? Probably not, but as with all things moderation and responsibility is key, as this article discusses.

People loved the video-game, "Beyond Good & Evil," when it came out years ago and there have been countless rumors and false-starts about a sequel since. It seems an actual follow-up may be in pre-production, however, but time will tell what comes of this news. 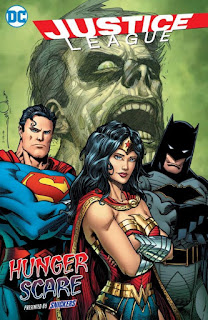 Snickers is teaming-up with DC to publish a comic for New York Comic-Con. I still think DC should just admit Martian Manhunter likes Oreos instead of the fictional Chocos and do a comic about that.

The 2nd Presidential Debate will be happening here in Saint Louis on October 9th, 2016, at the University I went to for my Master's Degree, Washington University. I know this because WashU won't stop sending me emails about it and how excited the school is. I'm going to avoid that area of town on Sunday though because Lord knows traffic is going to be terrible.

Lastly, all this business about, "Scary clowns," and, "Killer clowns," is half a mixture of hoax, half people over-reacting. It really makes the people I know who hate clowns extremely uncomfortable though, that's for sure. 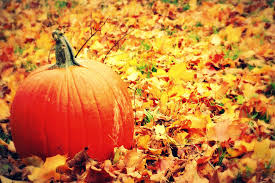 October is in fact my favorite month for a variety of reasons from how I enjoy the change in weather, to my love of Halloween, and how it is both the month I met and married my wife (in different years, of course). I hope you get out there and enjoy this month too--I'm excited for when the leaves change colors!
Posted by David Charles Bitterbaum at 9:07 AM